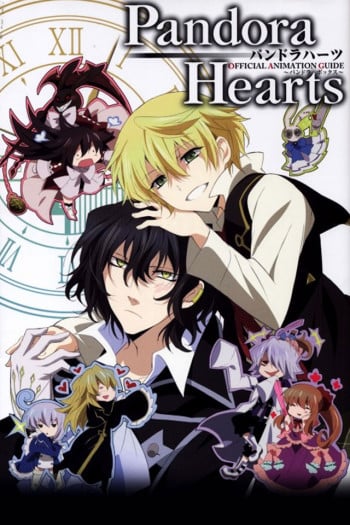 Before Oz’s coming-of-age ceremony, he isr introduced to Duchess Rainsworth's granddaughter. Oz instantly falls in love. As he recites his oath, the Silent Clock moves for the first time in 100 years. The bell rings as intruders interrupt the ceremony. 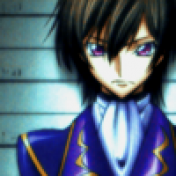 For a first: Both PANDORA HEARTS and 07-GHOST both contain neat, classic modern-day anime style art. Art is of course a big factor, for those like me of course, who are picky about old-new anime styles or people who get annoyed because the clarity and 'cleanness' of an anime.

Second: They both have good paced plots. Not too fast, not too slow.

Last: They both involve mysterious powers, and have a certain focus on friendship and bonding. 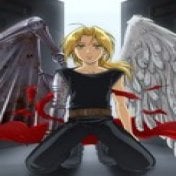 If you liked 07-Ghost or Pandora Hearts, you'd like the other because they both have a storyline that just draws you in after each episode, they both also deal with the main characters trying to find their place in the world while helping others on their journey.

The animation styles are extremely similar, as well as the magical storyline. Utterly engrossing, both are slightly longer series that will entertain the viewer. With a dark plot line, comedy is also used sparingly with good effect. 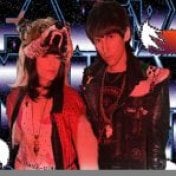 Art style very similar, delicious occult theme.  Dolls!  Fetishes!  Creepy undertones in both series.  For example when Gil holds Oz to activate his powers and the romantic tension between Jun and Shinko in Rozen Maiden.  If you can get over the doll fetishism both are solid fantasy serieses.

Thematically the two anime also have a lot in common.  They both include european themes of soceity and nobility; both utilize victorian wardrobes, and both could be described as darkly romantic.  Alice in Wonderland is another theme that interweaves both.

Heterochromatic (having different colored eyes) makes an appearance in Rozen Maiden with the fan favorite Suiseiseki and in Pandora Hearts in the evil and insane Vincent.  The relationship between spirit and medium is explored with a slight attitude of masochism, the spirit having to "drain" the medium's energy in order to battle opponents. 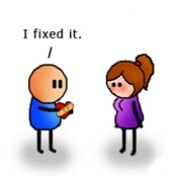 After watching PH, the idea of having a "contract" and "medium" really sounded like RM to me.  Although there's a huge plot difference, the idea of having strong female leads really appeals to me.  Both Shinku and Alice shine on the screen and both of them boss the male protagonist around like no tomorrow.

In terms of genre, PH is a lot more mystery focused and is a non-stop roller coaster of questions after the first bump.  RM is more slice-of-life focused (especially in season 2) and although there's barely any real plot development, the characters carry the show well.  However, both anime involve a deep history between the characters that's revealed a little at a time.  It's this fact that keeps things interesting in the present.

The setting of each of these series seem to be very similar, involving another dimension and fighting with some sort of familiar type thing.

In Amberground, the land of eternal twilight, Letter Bees and their dingos – creatures trained to protect them – deliver mail to the general populace. However, unlike normal mail carriers, their job is perilous as they must traverse the country while fighting off the giant armored insects known as Gaichuu. One day, a Letter Bee named Gauche...

Both series are about a young boy who has to try and understand a strange world. They both also have to deal with finding and protecting the people they care most about in the world. Both series feature fantasy action with drama and humor, and they are both visually stunning.

Both series have a kind of a mistic feel to them, and leave you with more questions than answers at the end. Also, both sceneries are placed in an imaginary, fictioned world, and characters are also very interesting and simmilar at some points. The story follows a young boy who is strugling to unravell the secrets of his past that have been bothering them for a long time, and both cases have to do with dissapearance of a parent. Along the way, the protagonists of both series meet friends and allies who help them along the way and are always there to support them, offering themselves and their lives to save one another. Two touching stories with a lot of heart in them which you're sure to enjoy all the way, and about which you will be thinking a long time after finishing.

Each of these series revolve around a great number of unknowns and two main characters fighting to get their jobs done. One of the characters in each case being a female familiar-esque fighter and the other being the male contractor of some sort.