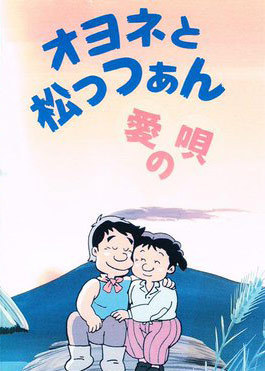 If you're looking for anime similar to Oyone to Mattsan: Ai no Uta, you might like these titles.

The anime will take place in Fukuoka, and will follow the love lives of four female protagonists as high school students, college students, and as working adults.

Hirosuke is a normal young man who, by accident, meets the most beautiful girl he has ever seen: Ajimu. Although the circumstances of their meeting are awkward and misunderstood, love begins to flourish and all is well; that is, until Hirosuke realizes that there might be more to Ajimu's past that she isn't ready to deal with yet...

On a day like any other day, Cacao (a chocolate-loving student of magic) awoke to find himself next to a mysterious girl ... made of wood?! Named Hinano, the green-haired beauty wasted no time in professing her very one-sided love to Cacao, much to his dismay. Now, in this colorful world of magic and technology, Hinano must do everything in her power to to win Cacao's love, even when hindered by a variety of obstacles including martial arts twins, bizarre teachers, and suitors after her own heart!

In the western Pacific Ocean there is an everlasting cyclone known as the Grand Roar which has changed Earth's climate for the worse. As a result, air travel is no longer feasible, naval travel has become the norm for transporting goods, and a new age of sea pirates has begun. The female-manned Pascal Magi is an escort ship which protects other traveling vessels, and is led by the no-nonsense Misaki Nanaha. Hyousuke Nagimiya is an engineer who has been assigned to update the Pascal Magi's systems, but he soon learns that his estranged sister is none other than Misaki herself. Hyousuke now travels the seas with the crew of the Pascal Magi, observing as they help to protect the sea and prevent the military's disbanding of the ship.