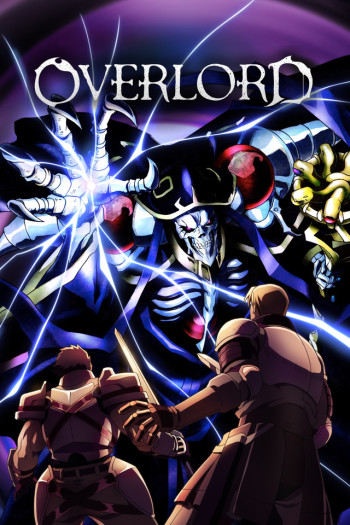 As a third review this summer, and I usually review 2 series a season, I will be reviewing Overlord!

The studio MADHOUSE has some AMAZING shows, on the other hand it also has some downright HORRIBLE shows. So which one does this anime fit into? Is it just another ''virtual reality'' anime with been there done that predictable story? Or is it super original show with stunning visuals and amazing story?

NOTE: Because of personal reasons I didn't use images I captured and edited while watching, but rather images I found online. I'll make sure this doesn't happen again.

Even thought I can't deny this story is pretty much great I must admit that I wasn't really into it as much. I didn't find the story interesting, and I wasn't that entertained by it (it did have some amazing moments thought) but I do see why a lot of people liked it.

I'm glad that the story went in a direction that I didn't really expect. One of the things I liked was the originality of the story.

So in conclusion, the story is well written and somewhat fun. I was impressed... but not that impressed. 7/10

The animation is decent. Nothing spectacular or stunning, but still well done and enjoyable. I like the amount of detail on certain characters and the environment.

Nothing much to say about the animation. I didn't notice anything unique or amazing about it, but I still think it's well done. 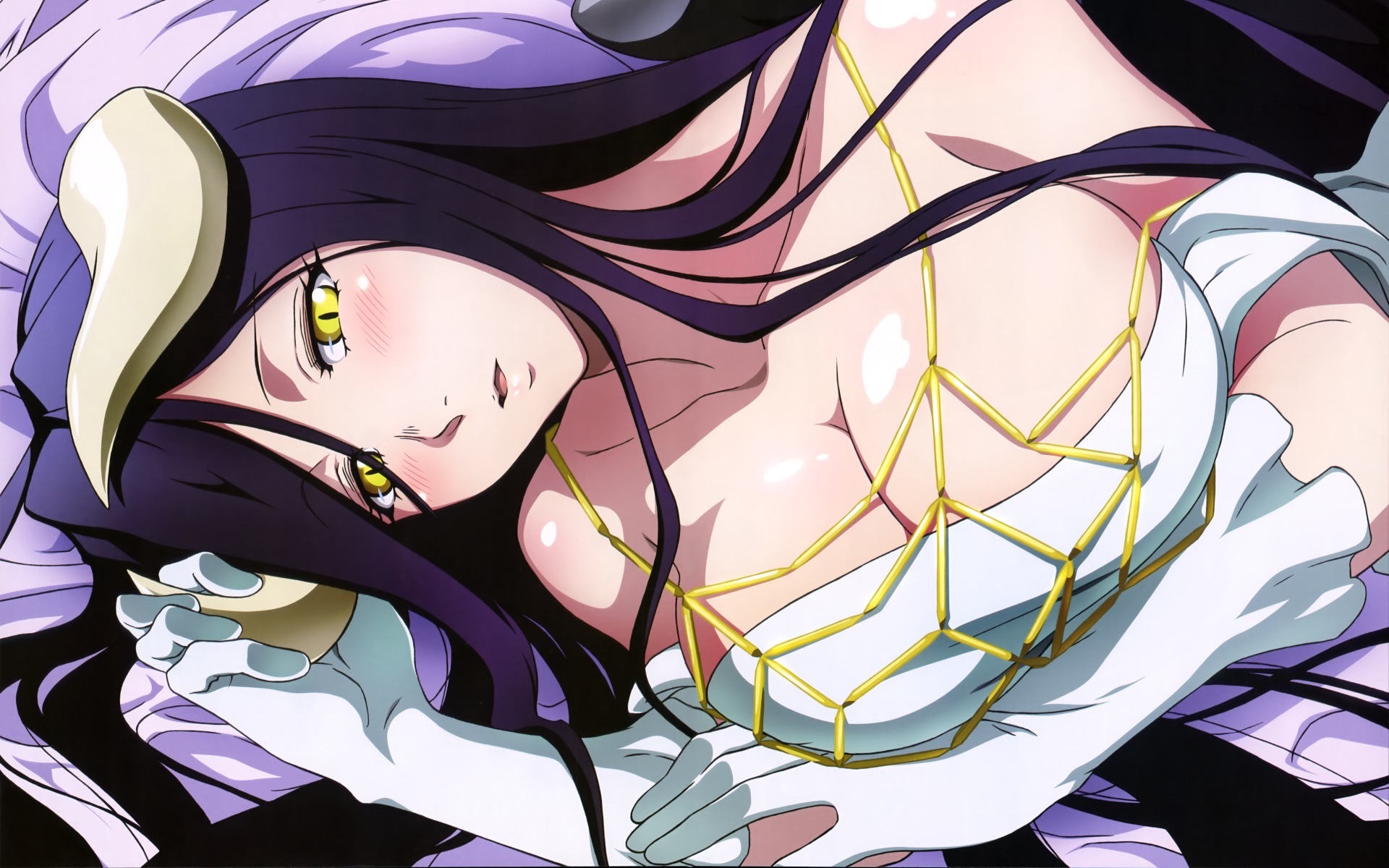 Great sound quality. I really liked the voice acting and sound in general.

I also liked the music, opening song is super catchy! 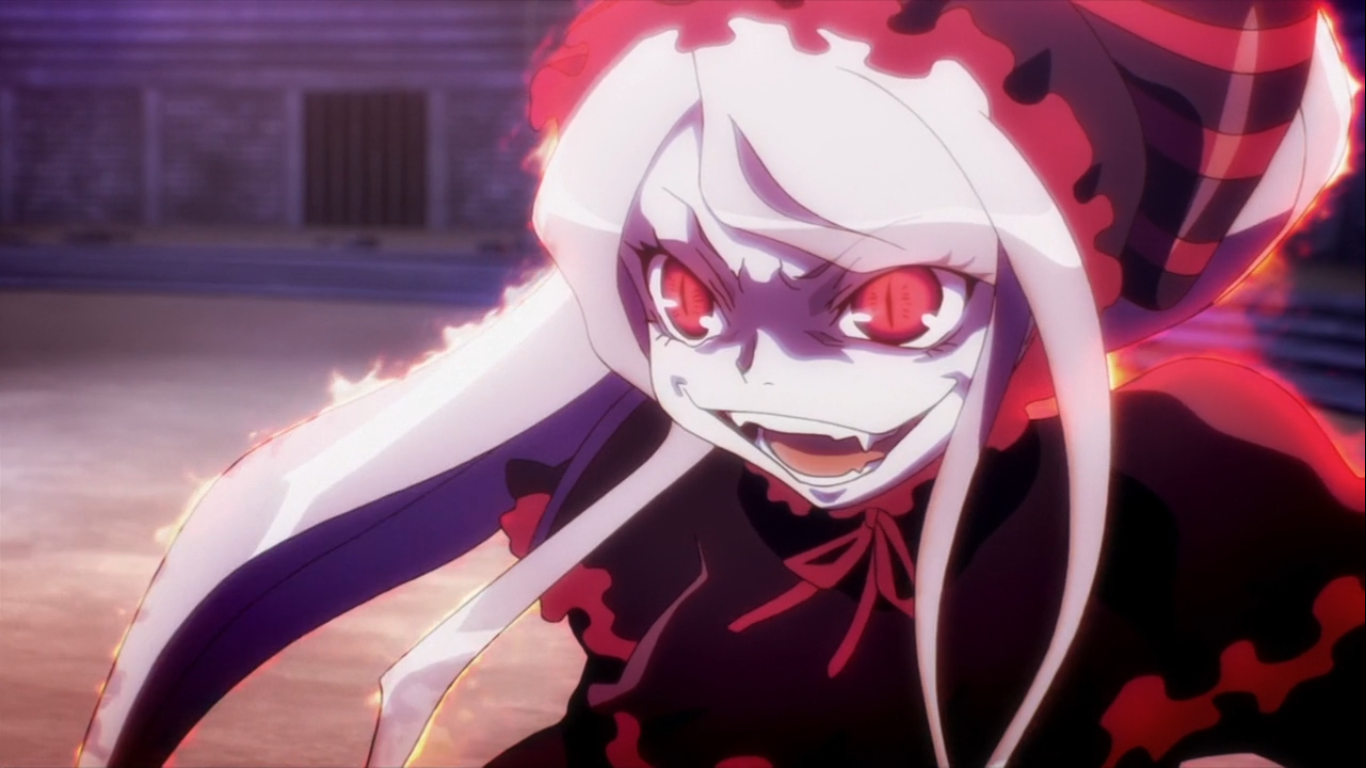 Hmm. So I do like the unique aspect of the main character. He's not a super attractive but he looks badass. I don't like the fact that he is really overpowered.

What I missed is development. They introduced all of the guild ''NPCs'' and then they started progressing with the story without developing them much. This was a little disappointing for me.

However, I must point out that story wise, we did get some really decent characters, so I can't deny they didn't do that well.

I like most of the characters but I feel like some of them needed more (or even some) development. I'll give it a 6/10 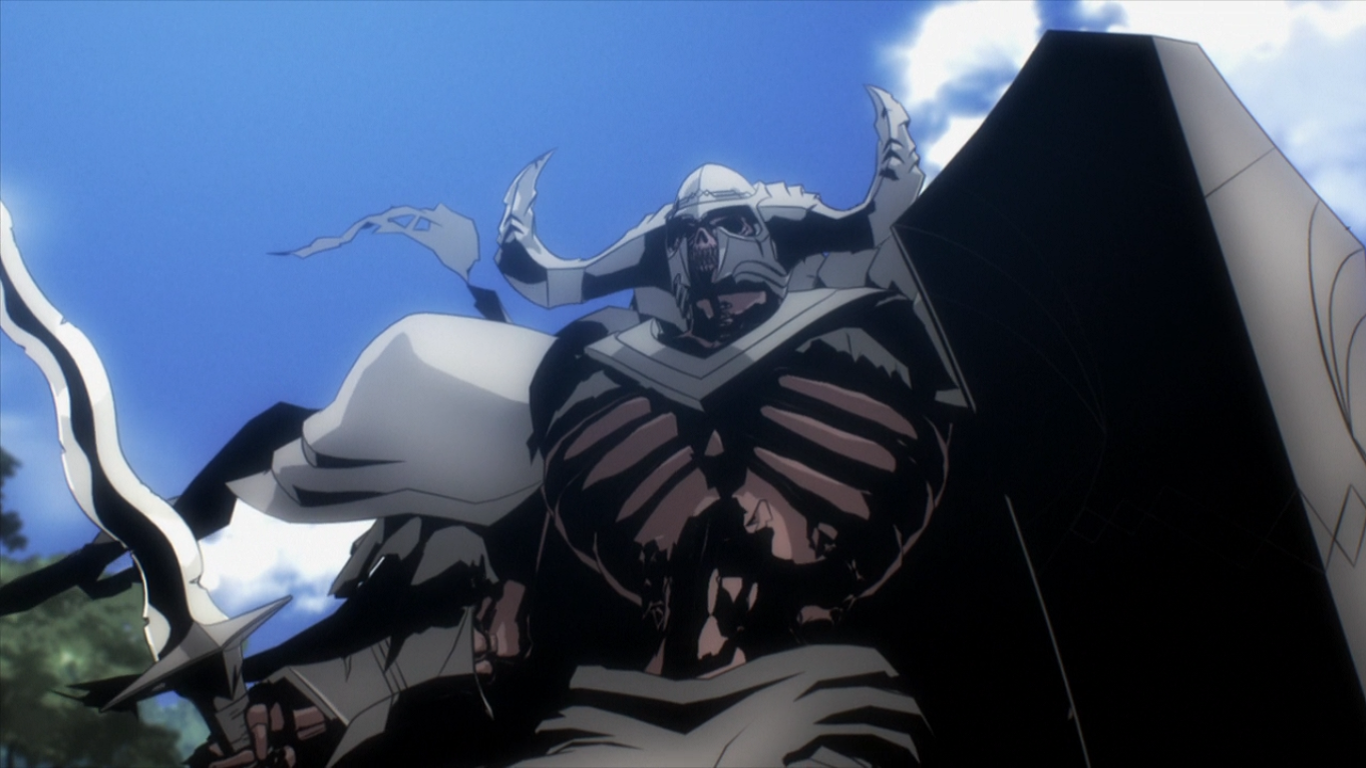 This anime is great, and it definitely has a quality storyline, characters, visuals and sound. But personally, it was not really my cup of tea.

Maybe I felt like ''been there done that'' since I watched/read a lot of virtual reality anime/manga.

So yeah, this show is definitely not bad, but I didn't enjoy it as much. For overall rating, I'll give this anime a 7/10.

That's it! Thanks for reading my review! I'd recommend this anime to everyone who likes the ''virtual reality'' anime such as SAO or Log Horizon. 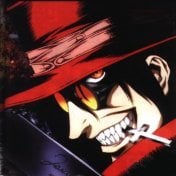 First time leaving a 'review' as such, so forgive me for the unconventional approach. I just had to post this as this anime has completely shattered my preconseptions of it.

I started watching Overlord from episode 1 about 2 hours ago with the mindset of "Urgh another MMO/SAO/Log Horizon ripoff" Boy was I wrong. I was also wrong in thinking, while watching the opening scene and credits in episode 1, "This is boring" "How can a skeleton be an MC!" "Who even is the MC in this series?!" "All these characters look awful, I'll never like these!" Wrong.

This will be the anime I recommend in the place of SAO. This will go down in my books as having one of my favourite MC's. It's only episode 4. I'm expecting more greatness from this anime than anything ever before, and I am sure it will deliver thoroughly and blow us away in doing so.

Masterpiece in the making.

If you would like my best attempt at nitpicking the fine details I can only tell you this. At points, this show has literally had me jumping up and down in my seat and slapping my fists together like a newborn baby. The excitement got to me. It has a very epic feel to it that I don't experience often. As a fan of Madhouse they have lived up to their name but in my opinion, not broken any records, though the action scenes and key points are absolutely delicious to watch as a fan of gore (as far as anime gore goes). Unfortunately it does suffer from the plague of obnoxious CG but it fits relatively well and won't ruin your overall viewing experience.

If you're still on the fence about whether or not to watch this as it's 'just-another-SAO' just watch it and try it.

I give it an 8/10 as it's only episode 4, all what I've said could be completely wrong in a few weeks time and I'll have to remove this out of shame.

I really do hope that isn't the case. 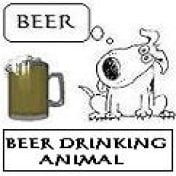 I was quite satisfied how the anime ended (hoping for the 2nd season?), the story was good but not that good mostly because of the 13 episodes. I definitely liked the characters and anime 9/10 overall from me, would definitely recommend to look at this. There's nothing intrinsically bad about the plot in the light novels (which I haven't read and don't intend to - I've seen a lot of people discuss them though and nothing seems to have come straight out of left-field) and the same could be said about this, except that Madhouse probably didn't expect this to be as popular as it is and it had a low budget.

Low budget will be a theme of this review: there was not too much effort put into this in any way. The show had the potential to be gold, but around episode 7 or 8 everything goes downhill. The pacing was all over the place and nothing is ever explained too well. The series itself has great world-building and Ains is a burgeoning chessmaster, yet the parts where that plays a factor get cut short. Pretty much everything that has potential to be great in this series gets cut short. All so that it can be completed in 13 episodes, while leaving out major plot points that are built upon later.

That aside, without knowledge of the source material you could maybe place the story at a 7. The ending got me hyped for s2, which will unfortunately never happen and if it does it will be a trainwreck but if by some miracle it does happen and isn't terrible I will maybe change the score here.

Pretty embarrassing for a studio like Madhouse, but again, the budget was low. It's not bad in most instances but more than a few scenes will make you do a double take. And Shalltear's transformation, dear god, what was that?

Nothing really stood out or enhanced the mood, but nothing left a negative impression, either. One thing I did like is the ED, I'd give Albedo my love and passion.

Ains is the only character who really stands out. MMO-themed anime are pretty much always bad and the characters in them are awful, angsty teenagers who are chalk full of plot armor, and Ains is the anti-thesis of that. He's a businessman in his 30's who more or less was transported into the game via a glitch maybe (no answer on this from the author yet so far as I know), cannot feel strong emotion, and although he comes into this world with the power to rule it, he always proceeds cautiously. Aside from being a Skeletal Mage, he's a very human person and about like any random person you might walk past in the grocery store and this in turn makes him more compelling, plus it helps that there are not too many characters like him in anime.

As for other characters, there are a lot of them with varied talents and as a result we don't see most of them too much except Shalltear and Albedo, both NPCs who have a programmed personality that results in them being unrelatable archetypes of a handful of character traits. With them and the other NPCs being secondary characters, while everyone else is relegated to as low as tertiary, this definitely could impact your enjoyment of the show, but I think it's interesting. It fits the premise and there are just too many people trying to relate with every character they see, and the studios all take advantage of the Forer effect to make sure you do it.

Character designs were top notch but those were all made before the show was in production so it barely counts. Narberal should have been bullied more and Albedo needs more screentime to fuel my fantasies.

I actually only watched this show because I had never watched anything while it was currently airing and it sounded fun; Overlord looked like the best thing this season (I still haven't watched GATE though) at the time and I didn't see anything else that looked interesting. So I did enjoy Mr. Bone's Wild Ride mostly because of novelty, but around halfway through I wanted off.

There are still people who would like this, though - if you enjoy reading light novels (which I don't), watch the first several episodes to see if it looks interesting to you. The magic system is based almost completely on D&D, which I'm unfamiliar with but is incredibly well-built, so if you like good magic systems or D&D you should watch this. It's nothing spectacular, but should appeal to most fans of fantasy since there isn't a lot of good fantasy anime that isn't shonen.

This is my first review so let me know if anything didn't make sense.