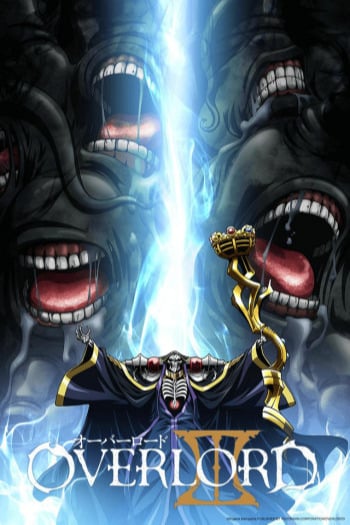 The "Giant of the East" has come to attack Carne Village, but the villagers are willing to put their lives on the line to protect their home and families. While the goblin troop defends the front gates, Enri and Nphirea defends the village from behind.

A nice comedy, with an overpowered character that becomes the leader of the monsters in a video-game world. Sounds familiar?That Time I Got Reincarnated as a Slime might look weird, boring or even a copycat, but I felt it was as good as Overlord. The characters are charismatic, the world is lively, the action is solid.

I seriously recommend this anime to anyone, but for fans of fantasy, video-game world, or overpowered protagonists, That Time I Got Reincarnated as a Slime is a must.

Overpowered MC in another world.

Shows the nicer sides of Monsters, like goblins. Using the word monster would be almost a insult to the characters in both shows

Key difference Overlord is darker and the MC is an ass, Slime-Sama is much kinder

Both feature the whole: I was just going to play an MMO but I ended up inside the game world with no clue how to get home.The fundamental difference between the two being that Overlord has a single person by himself working with created NPCs and Log Horizon is about multiple thousands of players stuck in the world.Both protagonists find themselves trying to make sense and solve the mystery of how it happened while also managing relationships with their immediate group of friends/servants.There is quite a few differences as each show goes on however the basics and foundations start off very simalar.

Both focus on Stratagies for navigating the new world, instead of the MC killed the bad guys, got his harem, the end.

Overlord III and Death March to the Parallel World Rhapsody are great examples of the Isekai genre in fantasy light novels. Both feature lord Momonga and Satou which were previously your average joe enjoying some good old video gaming when all of a sudden they are transported to another world which is similar to the games they ejoyed. Both MCs are down to earth, generally good dudes with great moral fiber so you'll see them making mostly positive choices and saving peeps. They get so popular that they even begin to develop harems. If you enjoy one I'm sure you'll ejoy the other.