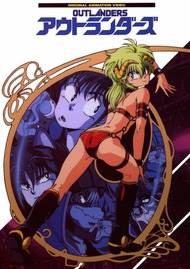 In the midst of a brutal alien invasion, 19 year old Tetsuya is in for a surprise: a close encounter with the beautiful alien princess Kahm! And the bad news? She sets her sights on Tetsuya for a sudden engagement of galactic proportions. Now, with Kahm's angry father out to execute him (did I mention he is the emperor of the galaxy?), the duo and their gang must save their marriage so Tetsuya doesn't die a virgin!

Why, this sure was interesting... Eh, where do I even start with this? I guess the story: It was interesting. I didn't catch much though. It was kind of like this:  - 'Hi' - Hi - I love you - Same bruh -oh no my father disapproves! -shit, let's destroy him! And then MC gets laid. end. Not interesting and they definetly should have done a better job. But we aren't DTAB if we don't watch shitfests, so what can I say... The animation: was odd, but it gets a point because 20th century. sound: the actual fuck? The VA's weren't experienced... We watched dub and sub, so yeah. The VA's were no good. The shock sounds etc. sounded very, very sexual. Like, weird sexual. But that might be just me XD. Characters: okay, these are the characters you have: -Furry dog guy - Cat girl fucking guy mentioned above.(who is not so virgin af) -I forgot his name earthling who is virgin af -KAAAAAHMMMMMMMMMMMM(who is also virgin af) -Emperor guy giant, titan. (I choose to believe he is virgin af) -weird old man who looks like he has never slept in his life. Overall: a 2/5 for me. It was hilariousy bad and I believe you need to experience this for yourself. this concludes my review. I'm going to sleep now.

Story: Earth is the holy planet, and a hot space chick drops down, taking on America, Japan, Japamerica, slaughtering people, and taking back some virgin paparazzi to be her main squeeze so the Earth can be saved, else her dad, Emperor Genocide, is going to genocide the earth. That's the plot, everything else is filler. It's... what it is. Reaches a satisfying enough conclusion, not too much conflict between the male and female in terms of the female being overly violent towards him, and it's quite good considering the runtime. Dialogue works, it's sufficient, the dub's script lends to some classic linework, has the kind of showmanship that is antiquitated and just a means to try and flex but also tends to be silly, stupid, utterly ridiculous and dumb as shit. But it's amusing enough with some tittilating, scintilating, hot chicks doing hot chick stuff. Animation: Classic animation style, like so classic that it's Rumiko Takahashi style. It's just delicious in how old-school it feels, with some good animation in clashing blades and mutilation and slaughter in the beginning to get that mature rating. There isn't as many titties as you'd expect but some decent enough fanservicea and a Cat Girl for the discerning individual. The spaceship design is also quite creative, and good alien diversity. Sound: The credits song slaps, some real hardcore shit son, fusion of traditional Japanese vocals and metal to create a boners tunage that kicks more ass than the opening song before the slaughter. That in itself is a classic, with song styles that are reminiscent of a more innocent time. The Japanese voice work is quite swell but the English dub has Goku and... some other decent actors, with the Emperor biting the lemon. Characters: With 50 minutes, there's only so much you can do. You have the virgin loser, MC. The space princess who sometimes dresses like a trollop but has a caring heart beneath the fierce exterior. The sexy, strong, sexually strong cat girl. The goblin... gremlin... lizard... green... green things, they're... something else. The furry who can't handle all that sex from that sex kitten. Clearly evil guy. Evil Omnievil Emperor. It's all adequate, and there isn't really anybody to hate. It's swell. Overall: It's pretty alright, you can do better or worse in watching bad 80s anime and it's worth checking out but not going out of your way for. Another review by means of DTAB, the superior AP Social Club

This OVA was really fun to watch and it had a lot of funny moments. It was kind of interesting at first but after watching it, it just kind of felt like a Urusei Yatsura rip-off. The story was kind of dull and none of the characters really grew on me. I'd still give this a watch if you like funny and crazy anime. 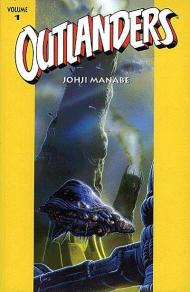