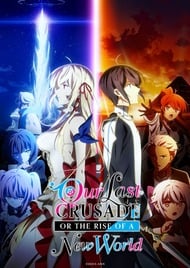 Embroiled in a hundred-year war, young Iska is sent to assassinate the Ice Calamity Witch, Aliceliese. Meant to murder each other, their initial encounter on the battleground creates doubt in their missions, but finding common ground together would make them traitors to their own countries. Though circumstances previously made them enemies, their now conflicted hearts may just make them lovers!

The general premise is to be Romeo and Juliet story, but the series is more like mishmash of various anime tropes. We have typical main male lead desired, but passive with women protagonist, that is not going ever make any move. On the other hand, we have stereotypical female lead, who is trying to do everything in her power to not show her feelings not only to the MC, but to herself as well. They are supposed to have same goal in mind, but pretty much stubbornly try to do it in their own way making it practically impossible to have any real chance for success. Secondary characters can be summed up as the maid, the unbelievable clumsy military team leader woman, the little sister of female mc and many other mostly generic characters. Let’s not forget the stereotypical council of nameless leaders in dark room communicating via some video conference. The story felt like some side story of few people going on mission, then taking vacation, going on mission, then taking break, … again and again. It has mixed in some mild romantic titillation. Everything set in some larger political drama in a fictional sci-fi/fantasy. There are lot of things going without proper explanation [1]. World building is seriously lacking. Events are going on grand scale of empires, but it’s confusing, because the series doesn’t bother to go into what is the meat of the situation. Instead, it shifts constantly between excerpts of political events and slice-of-life magical fighting shounen [2] with magical beams, ice, fire and swords. There is little pay off in this series, practically at the end I was like “that’s it?” Even the romance has so little pay off you won’t get nothing more than few awkward moments of starring. The ending is completely open nothing gets resolved really. Even the final arc is not resolved. I can’t recommend the show, especially when there are better series in their respective categories right now in the very same season. Better romance would be Tonikaku Kawaii. Jujutsu Kaisen better fighting shounen. Spoilers [1] Identity of Emperor. What are goals and history of those actors driving events in the series. [2] They even fight founder in the ep3. In the finale they fight instead generic magic mecha beast powered by magical ghost. It’s so badly structured.

It's another Romeo and Juliet story, this time Romeo is a Knight with magical swords & Juliet is an Ice Witch. It's like Boarding School Juliet with a lot less likable cast and worse premise. It's still fun to watch but when you sit down and think about it, let's say if you wanted to write an honest review of this anime you realize this isn't really as great as other anime with a similar base story. 5/10 this just isn't actually good nor is it so bad that it's fun. It's just meh 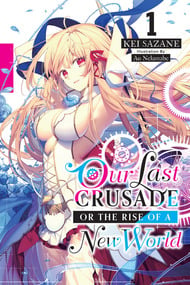 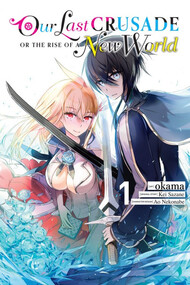 Our Last Crusade or the Rise of a New World: Secret File (Light Novel)