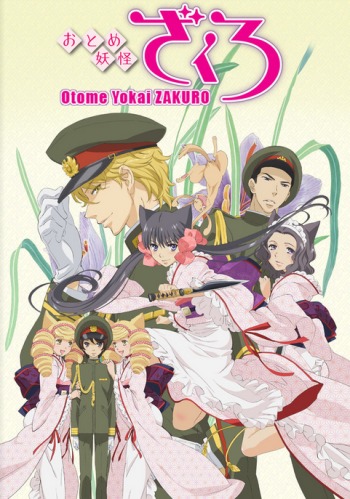 There is a fad going around where young girls ask a "kokkuri" for romantic help. Back at Spirit Affairs, Bonbori and Hozuki immediately give it a try. Zakuro and the others are also interested. However, the "kokkuri" runs off wildly. Zakuro tries to dispatch it but her blade has no effect. By chance, Lt. Hanadate, who came to Spirit Affairs with a request about this case, joins in the search.

Prepare to be Bewitched

Light shoujo-esque drama about the conflicts between humans and youkai. Zakuro is more intense and less episodic than Natsume Yuujinchou, but they have a similar mood and animation style.

They're both sweet anime with generally kind characters figuring out how humanity and yokai can coexist. Natsume doesn't have much of a romantic element, while OYZ does, but it's incredibly heart warming, humorous, and has wonderful friendships. I couldn't recommend it more. 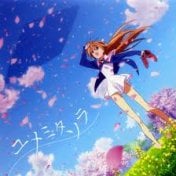 Both have romance, both have spirits in them, also very likeable characters :) I think if you've watched one you should watch the other

Both OYZ and KH are light romantic comedies centered on relationships between humans and spirits. The romantic and comedic elements are mixed with stories about youkai, adding a slightly darker touch to what would otherwise be sparkly shoujo anime.

Both involve a kitsune (fox) main character, although in Kamisama its a guy and the protagonist's familiar, both have romance, involve rituals to purify or extinguish spirits,and adventure. While I preferred Kamisama over Zakuro, both are good series. If you hesitate to try Zakuro, don't...I did and didn't watch it for quite a while!

Throughout the ages, fairy doctors served as liaisons between humans and fairies; but in the present time of the 19th century, fairies are nothing more than an old wives' tale. Nineteen-year-old Lydia Carlton is one of the only remaining fairy doctors and enjoys a quiet life in the countryside of England - that is, until the dashing Edgar, for mysterious...

These anime are both about myths/magic. They both involve spirits. Both stories are centered around a guy and a girl. They don't know much about each other at first but as time passes by they come to have a liking with each other and they help each other out. In both anime, the girl doesn't really seem to like the guy as much in the beginning, but the guy somehow is charming.