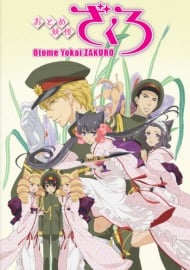 Prepare to be Bewitched

Looking back on this anime... what made it so good was the characters. The relationships between the characters seemed real. They made it to where you had to take the relationships between the military guys and half-spirit girls seriously. In some anime the relationship seems like a "joke", but these really touched me. Even the smallest guy that hung out with the twin spirt girls wasnt some kind of "joke" or hentai pleasure. Their relationship seemed half way trisexual, half way innocent friends. Its hard to explain fully, but if your looking for a softcore romantic relationship between humans and fox-spirits, this is the anime to watch. The action played its part to make the story work, but this anime is more about the relationships between characters. I was particularly satisfied with every single voice actor. They synced with their character well. Even when the girls sang, it was kind of cool, where normally i think that kind of think is corny. The animation was perfect, i think. As long as the audio doesnt annoy me, then its fine. (it didnt annoy me: but... im no expert at the audio stuff) The story that the characters played into was fine, but it would have been nothing without the characters. A few things that annoyed me: 1) The girls used corny cherry blossom twigs as weapons, and zakuro would transform hers into a knife (which was spit up by a dufus rabit sometimes). 2) The guys wore uniforms.. that to me seemed to be early 1900s, yet everything else was seemingly past like: the town = old japanese type. The transporation = horse and carrage type. They used swords as weapons. etc. Not a problem, just saying... that they tried to use the whole "military guy" look... and to be honest, for most people they passed with an A. for me though... I notice things like that and it kind of annoys me a little. Overall: If your looking for a softcore "real" relationship between fox-spirit women and miliary men (although... quite frankly they are gentle men, not rigorous samarai), give this a try. I am a man, among other things, but i can appreciate some good romance. That reminds me... This anime is only 13 episodes. Sometimes you stumble upon a 70 episode romance anime, that just drags on and on, and then even at the end, they leave you hanging in ways you dont think they should have. SO>>> I think the length of this anime is good. They could also do a sequel, and it would still be fine... but there is no need to drag a romance anime on for 70 episodes... (just my opinion).

I'm not quite sure what I was expecting when I picked this show up, and I was actually seriously annoyed after the first episode. However, I'll admit that I got sucked in, and, despite the obvious thin-ness of plot, I ended up enjoying it. Story: What annoyed me so much in the first episode was the contrived-ness of the premise, which felt a lot like someone said, "What excuse can we devise to throw three dapper bishounen into the lives of four moe-moe ear-girls? And of course they'll ALL fall in love with exactly the right person--we don't need any reasons for that!" And then then conclusion was like, "Bwahaha all according to the plan of mask-man!" Once I got over that aspect, much like a fish being reeled in against my will by the overpowering moe of looooove, I actually thought that elements of the premise/plot worked rather well. Half-youkai by their nature are half-breeds, and the idea that they were used and shunned and maltreated was not unusual given that fact. It made me think a lot about race, as well as making their tragic past much more believable. In fact, very little of the tragedy in the characters' pasts felt contrived when I framed it term of race, class, and power. Also I liked the theme of tension between Westernization/traditional Japanese-ness. That stuff is like moe for my brain. Characters: Each character had a distinct personality, and they were dimensional and had moods and quirks and weaknesses. Each had actions he or she could or could not take based on their character. The villain was fleshed out, had a past, had a clear motive, had an Achilles heel. Nothing ground-breaking. Character development (characters growing/developing themselves because of things in the plot) was thin to lacking, and some of the side characters had more believable romance than the title character. Inner Feminist must break in and say how much she liked the male characters admitting to deep emtions and that they were usually the weaker ones, and also that the girls had strong roles (or like Byakuroku, was able to [somewhat] overcome her victimization). However, Inner Feminist did not much like how the girls were fated into their relationships with The One or how girly-girl-silly the girls were or how they were roled into caring for children (but that's [mostly] just because she's a tomboy at heart and dislikes kids). Loooooove is in the air~!<3 That's about all you need to know. The show was entertaining, and had some substance if you care to develop it in your head for your own amusement. Otherwise, sit back and feel the loooooooove. Also random side note: the catchy demon-killing chant had me singing "Washi wa hana ka? Chou chou ka, oni ka?" for days. 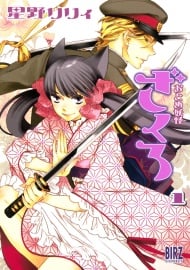