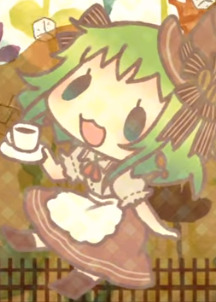 Hachune Miku is the small and spirited spin-off character of the famous Hatsune Miku. Equally recognizable by her long pigtails and affiliation with leeks, Hachune Miku and her friends go on their own adventures.