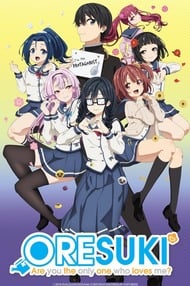 Ah, yes finally a review. Although some may disagree but I feel like this Anime  was quite unique in the sense of a Harem. This type of Harem is not rare but rarer than others. Netorare is a type of Anime that tries to make the viewer jealous by using other characters instead of the protagonist.  The bad thing about this Anime is that the fact it has this feature. The story is as I said unique but plain. The Animation is pretty good (most Anime have good animation).  The characters are absolutely horrible and plain. Protagonist is very plain very typical. Heroine is a *****.  If you're wanting to watch this Anime don't.  I apologize for my dramatic words but it's School Day's but the authors and directors and make money out of it.

Doesn't have an end. Cliffhangers at ep12 Also f%&# off with that "her boyfriend will be decided with a bet" nonsense.  It's 2020 and women can choose for themselves. What a nonsensical premise. If she doesn't like a guy why should she be forced to date him?  The bench was the best character. Funniest too.

Spoiler free This anime is really hard to discuss upon. It mocks the entire harem and romcom genre and yet.. adapts them later on. I understand that the anime did that but still I dont think its a reason you should be hating this anime. I personally liked this anime, and didn't mind this or other problems, which I will discuss at the last section. So lets just jump into the actual review. Story (7/10)The story in the first few episodes were great, but then it got somewhat arc-like stories where in each arc new characters were introduced. The arcs mainly has to do with the new introduced character, ending the arc by revealing the real faces of them. The plot itself was not that great, but the humor was nice, and I liked the little twists they give at the end. But the episodes in the middle had lots of fanservices, and looked almost like a generic harem show. Animation & Sound (8. 5/10)I really liked the artwork, it was bright, and changed according to the situation. Some references were drawn neat!The Op was great and unskippable, bgms were nice, nothing to complain here. I like how the op used lots of slap bass. Slap that like button! Characters (8/10)'Ok, this review is shit' is what you guys who've already watched this anime might say after seeing 8/10 for characters. But please listen to me ok?!The characters were great personally, but leaving my personal interests aside, they were still enjoyable. Some characters had depth, some had none, some were there just for fanservice, and the mc broke the 4th wall casually like breaking toothpicks. And I have to say very few characters were complex, like sun-chan, and the mc. The humor part was well done, developments of some characters were nice. And the way they introduced new characters... Well.. Not bad.  Overall (8/10)Just give it a try. I know, after a few episodes, the anime might seem to become generic harem show but it gets right back on track. The humor of this show is the best part. I really enjoyed the last episodes. If you are tired of cookie cutter harem shows and want something unique, then you should give this a try. If you expext this show to have no romance for the main character, then this is not for you. Btw the ending is a huge cliffhanger. F. Now for some discussions. (spoilers ahead) "I don't like how they adapted the same genre they were mocking"Well, I think they did a good job on that. Maybe they were being ironic and they introduced harem. Maybe... "I dont like how sunflower and cosmos lost importance after the first few episodes (or after the arc)"They had to introduce new characters, and if they had given equal importance for cosmos and sunflower, then the new characters wont have enough space to hop into the show. " The humor is garbage"Hey! I personally enjoyed it! "I dont like how the mc suddenly had interest on pansy after she undressed in front of him"Well, i think it would be pretty unrealistic if he didnt gain interest after that. Remember how the mc is a pervert and not a generic harem mc good guy? Besides, mc didn't like pansy at first since she invaded his privacy often, and was highly possessive, which when facing it without knowing the reason, can creep anyone out. "I don't like how they didnt give enough depth to some characters, like the tsundere classmate!" Well, they only had 12 episodes, jist how much they can fit in? And I think the tsundere classmate was just a fanservice, and an addition to his harem. Although this show has many flaws, I personally enjoyed the positive sides of this show. Please comment below you opinions! I might change my ratings based on it! ORESUKI: Are you the only one who loves me? - I Politely Move Things Forward 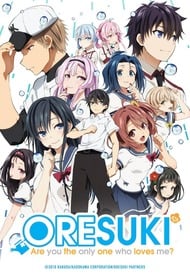 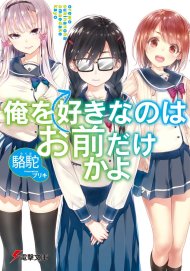 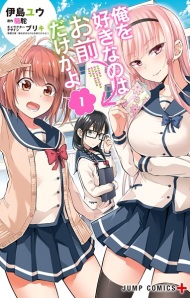