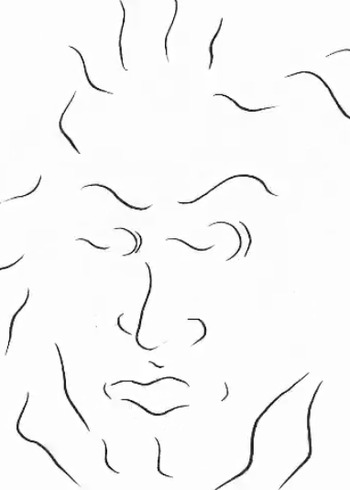 Kousaka is a violinist who is looking for a new orchestra to perform with as he’s tired of his current one. He, along with others, answer an ad for a new orchestra only to find an abandoned warehouse and a crazy old man constructing the rehearsal space. And no conductor. Kousaka takes over as first violin when the old man interrupts and criticizes him. Turns out that the old man IS the conductor and musical director, and he’s put together this orchestra with lofty goals in mind, and has told them he’s going to shape them up in only a month…

Boy meets Girl!! Kazuo, a ronin aiming to get into a distinguished college of music, meets a girl who loves baseball. Her name is Uta Naruse, the piano prodigy who can play Debussy as if it were nothing! Manga may be a soundless way of storytelling, but your heart will be filled with beautiful music!!

Yutaka Aoi has a talent few boys have: He can sing soprano. But when Yukata’s voice begins to change as he enters puberty, the journey ahead will be one of self-discovery and reflection for not only himself, but also for those around him.