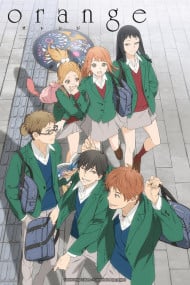 Anime like this one make me question people. I genuinely dont understand why this anime is so widely beloved among most common viewers. Have people never seen at least one shoujo anime before? Ok for starters, lets talk about the story. Its fucking boring. Nothing really happens in this show, its really just a circlejerk about saving edgy teen bishounen number 10,872 from his imminent suicide. Apart from constantly saying kakeru's name, this anime is about melodrama. Its all stuff you've seen before somewhere else, its completely unoriginal, i dont really care about whats happening and bam- another episode is over and I feel like hanging myself. The only thing i can say about this show is that it has a decent premise, but its execution is completely illogical and awful. Animation. at times, it looks okay, at times, all it is is derp faces. I pretty much hate how everything looks in the show and it has far too many major problems and points where it looks like a face is lopsided or the characters look awful because they decided to zoom out for a while. Theres just nothing to really say about the aesthetic because its only "good" occasionally, which should NEVER be the case now. It looks horrid compared to most other shows coming out currently, I really cant rant about this enough.  Sound. Its always too fucking loud and playing over the charaters, all the tracks suck, and the op and ed make me want to tear my ears out. Its completely generic at best. Theres nothing left about the sound, i just hate it.  You know apart from glasses-kun I would EASILY give this section a 0. all the characters are generic and can be summarized in a sentence or two. The best part is, i really dont know anything about most of the characters, and i also dont care for them at all. I actually started the ninth episode, but couldnt stand hearing their voices any longer and quit it. Anyway, lets dissect these idiots. Naho Sue- she's a pretty standard main character in the shoujo genre. She's into the new edgy teenage bishounen who transferred into class recently. She likes cooking and will probably fall back on friend zone man when edgy teenage bishounen-kun kills himself. KAKUFUCKINGRU aka edgy teenage bishounen-kun- kakeru's name is said in every line of the show, i think. just rewatch an episode. anyway, he's the new tranfer student who wants to kill himself because he has mommy issues. The part of this that is relatable to most people is that he exists and has a mom. bishie-kun lacks any traits other than his archetype of being a generally succinct bishounen. Hes good at sports because a guy being good at sports is pretty fucking cute, right ladies? Everyone thinks hes god or something. I think the author has a crush or some sort of fixation on him.  Suwa aka friend zone man- He's a generally good guy. will probably evolve into "Shoulder to cry on Man" at level 16. Is into naho because she is a mary sue and she exists. glasses-kun- funniest character in the entire show, although i dont know his name. He has a tendency to not exist, but thats okay because his 2 funny moments left more of an impression on me than any other character in the cast. long black hair girl?- i think shes naho's friend? Im pretty sure shes supposed to be a tomboy, from what ive heard. Whatever, shes completely fucking boring and doesnt leave any impression. blonde pony tail girl-glasses-kun's love interest. I dont know anything else about her, she doesnt really have other traits. violent "hot" girl who preys on naho- not really hot at all, despite what the people in the show seem to believe. I think shes a main enough character? She loses kakeru to naho because naho is naho and she hates and bullys naho because naho is naho. WOWO what a villain-let me go drink some bleach, brb to this review soon.  Anyway, now im back i guess thats my review of this piece of garbage. Kakeru's name is like a black hole, while his name gets said infinite times, all the other characters completely fade away. the time mechanic is shit and barely used at all, in fact its used in such a vapid way i forgot it was even a part of the plotline. The characters are boring, the storyline is boring, I hate kakeru, i forgot the names of the other cast members, and the aesthetic and sound make me want to stop watching this show even to hate on it. I don't get it, theres nothing good about this anime! why the hell do people rate this so highly? Its terrible!

Can I just say that this is not an anime for everyone, if you a young male otaku, you won't like it because you just don't get it. I'm just sick of all those fat guy otakus sitting here and being like 'worsth anime ever' because it is not, and futhermore there is no need to downrate it just because you think it is overrated. Whether it is hyped or not has nothing to do with the quality of the anime. It's same stuff everytime when anime gets hyped - people wants to give it 0s because they decided to watch an anime that is not of their liked genre. I could also go ahead and watch a shounen and give it 0s when every fat otaku guy said it is a 10/10. I could go on and on about anime I couldn't even make it to episode 4 because it was clearly male genre-biased, with characters that were so surreal and literally ecchi on the inside. I personally liked the anime, it was missing some action but overall it wasn't a typical story because of the time-twist. I liked the conversations and characters, and felt like many more animes lacked this sort of character development. I mean, even Golden Time I couldn't stand as it simply wasn't deep enough like it was suppose to. They would have a problem and then next second they were fine. In this anime, problems and feelings of the characters developed in a natural way that we would have expected them to. Of course, it had it's own bit of cheesenes which was a bit dissapointing at times but then again I use to be a very familiar character to Naho back in school, and so I understand the fears that she has (this is why I am saying guys won't get it unless they use to be shy etc.) I would probably discredit this anime for being just too sweet and loving at times, but then it showed them as real people more than it did as just another anime character, which is nice. Sadly, I have to say that mental illness is not an issue you can just get rid of like that, and hope that those who have previously felt like this seek help and notice other people would miss them like these friends did. It was sad to hear Kakeru say all these sad things to himself like ''they could just go back to being a five and laugh again''... it is really a deep wound when a friend passes away and you just never get over it.  Sorry that this ain't a proper review. I just wanted people to know that there is much to love and much to hate in every anime, so you have to just find yourself in what you like to enjoy it. 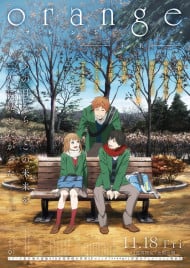 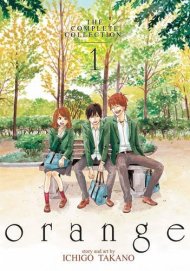 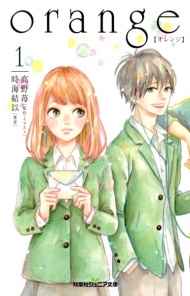 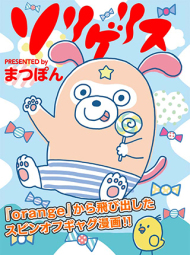