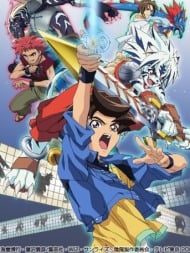 Onmyou Taisenki ReviewGenres: Action, Adventure, Supernatural, ShounenOnmyou Taisenki is one those shounen anime with the potential to be popular. But for some reason, isn’t very well known. There was very minimal information about the show and not even an English fandom wiki for it. It has all the typical themes of shounen anime including a heavy focus on action packed scenes revolving around shinigami (death gods). It also has a very engaging, and captivating plot, and storyline.Character:The show comprises of a wide variety of humans, and shinigami. The shinigami take on human and talking animal forms. The animal firms range from cutesy characters like the white tiger Kogenta, to insects, dragons, etc.The main character, Riku suffers from amnesia without any traces of his memories of his parents. After encountering his shinigami, Kogenta, he undergoes massive character development. His weak and cowardly self changes in to a more courageous, and determined person. There's a wide range of characters from people who can use shinigami, to Riku's family, schoolmates, teacher, and other background characters.Story:In the world of Onmyou Taisenki, some humans are gifted with the ability to fight with shinigami by using different hand movements with a device that controls them. The anime focuses on the ongoing battle between the Heaven and Earth Style users of the shinigami. The down side is there is a tremendous price for losing a match: memory loss.MusicThe background music is mostly instrumentals with soothing flute melodies. The theme songs fit the Japanese pop genre.Feedback:To be honest, I thought this anime had the potential to become really popular after watching it half way. Some of the character designs for the shinigami were interesting. The developers also put a lot of thought, and hard work in to the fight scenes. I first watched this anime when I was in vacation overseas. I saw brief glimpses when it was broadcasted on television through TVB. But I couldn’t find the title until recently.Languages:Currently, this show is available in Japanese raw, Japanese sub, Korean dub, Mandarin dub, and Cantonese dub. There is a TVB dubbed version of Onmyou Taisenki with Chinese subtitles. TVB dubbed in Mandarin, and Cantonese. But Onmyou Taisenki has never been licensed in English. 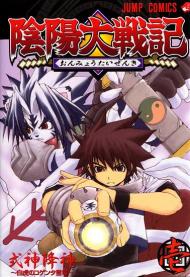