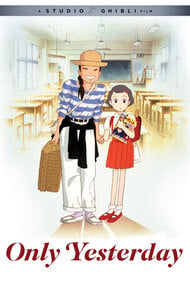 Only Yesterday puts a spotlight on the most formative and important parts of our lives that we so easily forget. A beautiful film from Studio Ghibli that provokes reminiscence in any viewer.

Only Yesterday was surprisingly a very good movie to watch. The story follows Taeko in her journey to the countryside which she loves and along the way, she remembers many memories of her childhood that put in perspective who she really is. I found the story to be very original, insightful, and interesting. I think that when you reach a certain age, you start pondering about who you are and the past as it shaped you at present. I am nearly 26 year old and memories of my childhood have come to by mind quite often. At this time of your life, real life happens and then you wonder if you could be happy doing what you are doing as an adult for much longer. I think Only Yesterday does a fantastic job in putting things in perspective and eventually accepting who you are to take the right path for you. It is also hard to develop a great plot in a movie that is only close to 2 hours long, but the director did an amazing job in adapting the story in a relatively short period of time without compromising the essence of it. The animation and sound were not as good as the plot. Since this movie was released in 1991, this is not surprising at all and if considering the timeframe when it was developed, it could actually be very well done for the time. As far as the characters go, the story really revolves around Taeko alone. She is a very interesting character in my opinion because we explore her thoughts and personality from the past to the “present”.  At a glance, she is an average person, but she becomes very insightful when remembering her past and thinking of the future. I highly recommend this movie to anyone seeking an insightful story that anyone can relate to. This is definitely a slice of live/coming of age type of story that is very original in its own way. 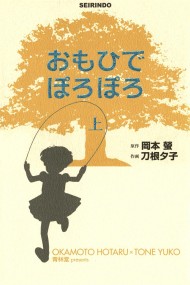