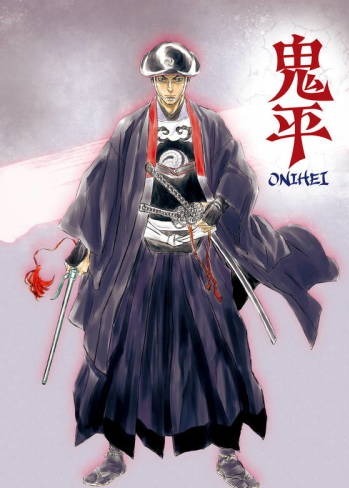 Simply amazing! Pure classic Samurai Detective story, at least what I felt after watching the first episode. It has great animation/drawings, characters, mature story, samurai actions, classical Japan era settings, cool soundtracks, very well written, and great voice acting. You only need the first episode to understand the flow of this anime. 9/10. I have been looking for Japanese drama/story/anime such as this title for quite sometime. Many years after Mushishi I haven't felt this joy. Thank you for translating this.

There is no objective good and evil here, only gray. Hasegawa Heizou is though but fair in dispensing justice, his charisma winning over many a criminal.

Swordplay, crime and human emotions come together to create an enjoyable story with lots of ups and downs.

Thoughts: Story is interesting and each episode deals with a different case, Animation is good but most extras/background characters are CG, Sound is good, Characters are good and feel like real people.

Onihei has very good story. the characters play the story part by part to it main story that goes deeper but still really structured. for anime viewers who want to watch an anime in fuedal japan time but not to serious (killing,war or violence) and willing to enjoy anime with traditional houses, sakuras and other things in japan, this anime is totally for you. it has simple story but not jump-out the topic so you are enjoy watching it. the animation is detail, the sound is great and the main character has charisma. (sorry for bad english)

I've been rewatching Onihei, and I agree with some earlier reviews about the story being more or less uneven until much later in the series, I think episode 6 or 7 for me really became more concrete to the overall characters.

I love the designs though, the characters look good, the sword fights arent streetfighter esque, and the emotions of said characters is great. Although I must say at certain times in episodes when Ojun smiles, the animation is a bit off, she looks..odd I guess.

Interesting organization though, this Theft and Arson Inspection Bureau. Must have been a lot of the latter to warrant on death judgement. Or maybe thats just because of the samurai mindset to offensive behavior or another. I'm not sure.