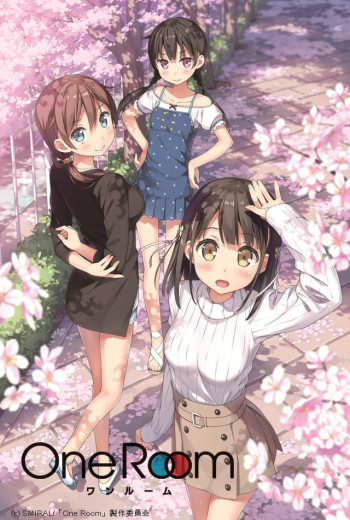 The biggest thing that will throw people off when they start this is the POV style, where you are the main character, thus he is never shown.

These episodes are only 4 minutes long making it great to get through the season fairly quickly. However, there isn't much of a plot seeing as there are 3 'stories' to this Anime, with each involving a new girl. The first four episodes follow Yui. The next four with Momohara, and ending the last four with Aoshima respectively. Each has their own dilemma that is solved throughout their arc.

For a short, the animation was about average for a 2017 anime. The major flaw is the one: lack of plot (given you don't have much time so lower your expectations), tieing in with that the characters are not very unique. You have the classic student, little sister, and the childhood friend.

To surmise, average plot and characters but decent animation. If you're looking for a romance with no depth or just trying to mark another Anime off your list this may be for you. I don't regret watching it, but there is no rewatch value.

What this anime is, in a nutshell, is harmless. You are the protagonist for three separate stories involving three women who all set the stage for love, companionship and the overall slice of life. Normally, I hate slice of life stories...this is one of those that did break the barrier for me, but only w little.

this kind of POV style is something I actually enjoyed, and the way the animation works for angles make it interesting and entertaining. However, the times it would break from POV was a little jarring and I would have honestly preferred to see more of the POV then have the camera move to get good angles.

The characters are all pretty safe, with your typical slice of life set up (the run-in, the family member and the best friend), but the 4th one is just dull and hard to understand. The person is you; you the viewer have no idea what the personification if you is actually going to say. Sometimes you think correctly and sometimes the plot just railroads you.

overall, this whole is harmless and at least worth a watch to experience something different. If you are looking for a deep plot or character development, move on to someplace else.

Well, this was a terrible ride which I will never go on again. In the time it took to write this review I could have watched the series twice, but that would be considered self-harm.

First off this is a POV (Point-Of-View) anime, this wouldn't be a problem if the anime didn't make you out to be a pervert who likes hitting on three women at the same time.
I did a little digging on the topic to find out there's a different version of this anime for females who want to hit on 2D men called Room Mate.

If you have some sort of fantasy this anime is for you, if you don't, run.