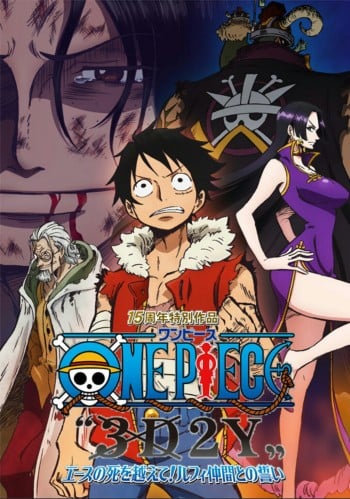 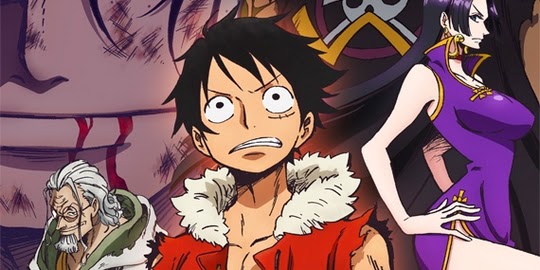 This is an hour and forty minute movie based during the two year time skip in which it shows some of Luffy's training with Raileigh. One of the high profile convicts that escaped from level 6 during the Impel Down breakout sets out to destroy the government and when the Warlords are called for to handle it Luffy gets involved when Hancock's sisters get kidnapped and sets off with her to rescue them all the while attempting to hide his own presence from the Marines since so many are searching for him due to what happened on Marineford.

I was pleasantly surprised by this movie. I didn't really expect all that much from it but I actually really liked the plot. I also loved that in addition to Hancock we got to see Perona, Mihawk, and even Buggy! I don't know why ... but I actually like Buggy ... go figure lol. The animation could have been better but it was actually still rather nicely done ... minus a few of the fight scenes. The soundtrack was good. I generally like OP's soundtrack and this one was no different. And, of course, the characters were great!

Some of the fight scenes were really memorable. Like the fight between Hancock and that Kampo Kempo hag ... that fight was hilarious! xD All in all it was nice to see some of what Luffy went through during the time skip ... and this movie made me even more curious about Mihawk! His motives are really mysterious and ... I'm dying of curiosity about what he got out of that trip.

Overall I really enjoyed this! If you're a fan of the series I recommend you give it a go! However, if you haven't seen all the way though the War of the Best arc ... then don't watch as there are major spoilers in the beginning since there's a flashback of why Luffy is training with Raileigh ...