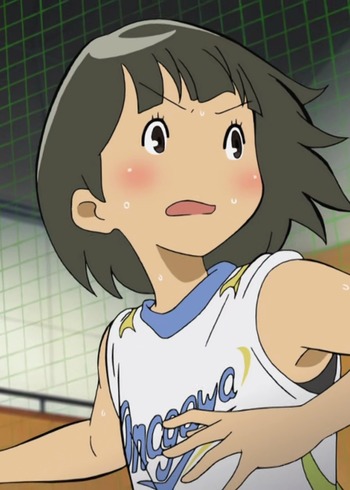 If you're looking for anime similar to Onagawa Chuu Baske Bu: 5-nin no Natsu, you might like these titles.

He may be shorter in stature, but Sora Kurumatani can soar and score on the basketball court! With a passion for the sport he inherited from his mother, Sora vows to her that he'll take top prize at a high school basketball tournament… but there's one problem. His new school's basketball club has turned into a hangout for delinquents! Will Sora's sheer tenacity and amazing three-point shooting change their minds and get the club up and running again?

Aikawa Kazuhiko, the captain of a prestigious high school basketball team that had gained national attention, transfers to a new town and school for unknown reasons. A lover of basketball, Aikawa finds out that the Mizuho basketball team is far from even being called a team, and sets out to save this sinking ship. Join Aikawa as he journeys through competitions with the boys and girls basketball teams, throwing down baskets to all challengers, as they struggle towards the national tournament.

Ichiro Mizusawa, a player from Rukawa's old junior high school, Tomigoaka, is diagnosed with a crippling leg condition and wants to play one last game with Rukawa. Hanamichi sets out to help the boy and fulfill his wish.