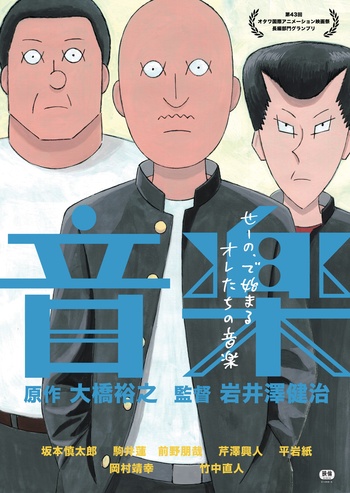 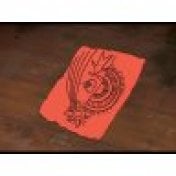 In Ongaku one of the supporting characters switches music style and even she dies her hair blonde. If you liked this turn of events, you might like Detroit Metal City, where the protagonist also has quite a big gap between his favourite music genre and the one he actually plays/sings.

Bump of Chicken: Bouen no March

The official music video for Bouen no March from the album aurora arc, by Bump of Chicken.

In the present day, a young group of friends is eager for their band to play in an upcoming festival. Unfortunately for them, the stage has been cancelled! Now, they must race against the clock to convince the mayor to let them play their Canary's song... for fame and glory!

The official music video for Distortion from the album youth, by bloodthirsty butchers.

FENCE OF DEFENSE: DATA NO.6

A commercial for a collaboration between Pocari Sweat and the 2017 Fuji Rock Festival.

The official music video for Goal Line, by Argonavis.