Alt title: My Wife is a High School Girl 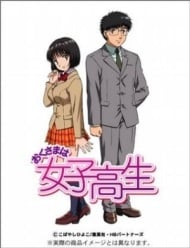 Overall: Now the first thing that I have to say is that I'm a sucker for a good student/teacher romance. I love them. So that weighs heavily in on my overall rating of it, I know I'm biased but since I layed that out for you from the get go I think it can be forgiven. On the whole I found the anime enjoyable if not a bit ... confusing. You had to take the whole thing at face value and not put much thought into it because none of the questions you are going to ask are going to be answered. Perhaps if the series had continued beyond one season it would have been a more in-depth anime but it did not and so that level of enlightenment was never reached. In the end the series really is farily typical, nothing really stands out besides the obvious 'student/teacher' relationship. Story: So the story starts right from the word 'go' there is no real introduction besides a brief monologue from the main character and you really are just thrown into the middle of a plot that's already half-way through. Additionally the plot itself seems to be lose at best, without any real direction. Asside from the fact that the girl wants to sleep with her husband/teacher there really isn't much to it. I really didn't mind any of that personally, as I said I have a thing for student/teacher stories, except that the series raised so many questions it never answered. The father clearly has a problem with the marriage but he allowed it to happen. The couple are married but they seem far too akward around one another. It's clear that the girl loves him but it's never made certain just how he fells about her, sometimes seeming like he cares about her and other times as though he's just putting on an act for her sake. Any attempt to explain how the pair got into the situation is completely avoided throughout the series. Animation: The animation was good, very consistant and had a nice flow. In highly emotional scenes or fantasy scenes the detailing would pick up a few notches but on the whole it was about avarage in what you would expect. Nothing that will stick out in your memory as truly spectacular but not something that you wouldn't watch because you find it annoying. Sound: The soundtrack is quiet and pleasant. Nothing dissagreeable about it though not very memorable in my opinion. Characters: Once again it's about what you would expect: A cute, young, innocent girl and a mature, resigned, quiet man. The father, who enters into the anime at the most jarring moments, plays the roll of the loud and obnoxious 'brat' (for lack of a better word) whose timing is possitively annoying.

I loved this anime so much one of my favourite ever animes. Very funny but also romantic. :D I love these genres of anime so much! If you are like me, you should definitely watch this! 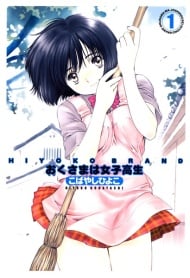