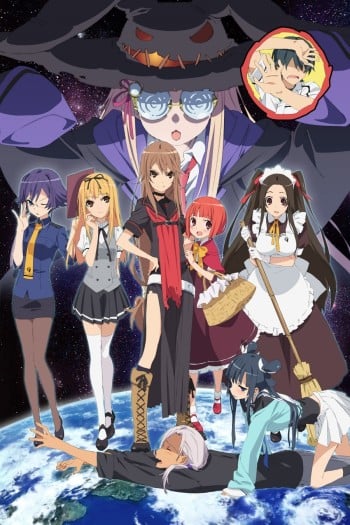 However, those similarities seem to end at "aesthetically."

It has an unmistakably similar art style and animation. So much so that I would be shocked if it wasn't the same group that did toradora.

It also shares similar humor, and voice actors. On top of that the female leads are practically identical with the only difference being that taiga was very short, and ookami is very tall. Aside from that difference they're both violent tsunderes with the same hair and face. I'm pretty sure this was all done on purpose. Theres even a big reference to toradora in one of the episodes.

Unfortunantly, it doesn't stand well on it's own.

Don't get me wrong, it's probably worth a watch. The art and animation are great, it can be pretty funny, and the characters are mostly interesting.

However again... it has the same shortcomings of the vast majority of single season series'. It's to short to be memorable.

By the time you're able to invest in the characters and the story, it's almost over. The main romance (which is the focal point aside from the humor and story, which is ok but nothing memorable) is left loose and "unspoken." Which for me at least is a big dissapointment.

We all want to see the pairing we're rooting for finally seal the deal, but in this one (just like many others) there is no satisfying conclusion. The only closure you're left with is "they're closer now, not together, but you can assume that they eventually made something out of it... happily ever after probably?"

It's worth watching, and you might like it more than I did. (maybe you aren't as bothered by the lack of closure in the romance) But for me, it can't hold a candle to toradora on any level.

I swear, I've always considered myself to have strong ears for picking out particular voice actors and the like, but this series definitely solidified that belief. I've never sat through any series and been able to identify the number of voices as I did in this one, and the fact that so many of the voice actors I love and enjoy were able to portray the characters so well.... eh, well, I'm rambling, so I'll stop.

To start with, Ookami-san to Shichinin no Nakama-tachi is quite possibly the most balanced blend of comedy and drama that I've viewed and watched to date (the only other contestant being Seitokai no Ichizon), and it's a balance I find to my liking. While I certainly don't dislike the ones that fall heavily on either side of that line, Ookami takes the best of both worlds and puts them together with incredible finesse.

The story follows our main female lead, Ookami Ryouko, and her daily going-ons as a member of her school's Otogi Bank, a group specialized in fulfilling various client requests. Along the way during the first episode we are also introduced to our main male lead, Morino Ryoushi, a bum (at first glance) who looks up to Ryouko despite his severe case of scopophobia. There is also Ryouko's trusted friend and roommate, Ringo, as well as a fairly large cast of other characters that comprise Ryouko's "Seven Companions", and then some. Ultimately, Ryouko and Ryoushi are the main focuses of the series, and they certainly fulfill their roles quite nicely; Ryouko, like so many other characters from other series, is pretty much the embodiment of "tsundere", yet she has an interesting backstory of her own that slowly unfolds over the course of the story, adding in some nice drama. Ryoushi is introduced at first as a deceivingly weak and useless person that can't stand even being looked at by other people, and indeed, who would think otherwise when seeing his figure curled up in a fetal ball, squealing "Don't look at me!"? Yet, Ryoushi hides a few characteristics of his own, many of which prove to be cool enough to catch the attention of previously mentioned fair maiden. All the other characters, while perhaps not nearly as developed as the two leads, definitely find their niche, each one with some kind of story behind them that is touched upon over the course of the series.

The series overall is mostly episodic, with only one exception later on. Most of them involve the group taking up and performing certain requests of various clientele. While this seems like a whimsical style of storytelling, each "request" is not necessarily a light-hearted walk in your backyard. In fact quite a few of them turn into expeditions into the woods where one ultimately gets lost trying to find their way back. And while to be sure, there are plenty of laughs along the way, there're also a few moments of serious, albeit somewhat short-lived (save for one) instances of drama, hence my previous statement regarding the balance of comedy and drama. And I'll also point out here that this is another series where I disagree with the "ecchi" tag. While there are a few situations where there is quite clearly ecchi involved, the overall feel of the series is not "ecchi", not by a longshot, so ecchi haters don't be afraid to approach this one!

The opening music isn't top-notch by any means, but it's quite catchy, and the voice acting, as I hinted at before, is very well done. Unfortunately my only minor complaint lies with the narrator (fans of the To Aru series will probably be able to guess who the voice actress is right away). She does a fabulous job at voicing what the viewer is thinking at some points, and a few times even throws in comments that add to the humor of a scene. But there are also an overwhelming number of times where the narrator speaks over the dialogue between characters. Maybe viewers who understand Japanese wouldn't notice it, but I for one have a hard time reading two sets of subtitles going on at the same time. x_x

That is, fortunately, my only complaint with the series. Otherwise the series ranks quite high on my scale, and I was even considering pushing it up to an 8 were it not for that minor detail regarding the narrator. (It's okay Satomi-chan, I still love the characters you voice) So comedy and drama and definitely tsundere fans, by all means give this one a shot. You won't be disappointed. 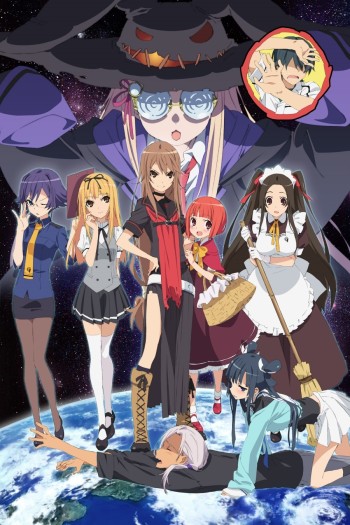 Additional Info: Want another good romcom anime in your list? Then this one will do the trick.

Ookami-san to Shinichin no Nakami-tachi is a good anime. The mixture of comedy and romance are all well done. The parodies are also a big plus for the anime. If you've watched some animes from J.C Staffs then its no problem on knowing the references. This anime will surely entertain you and give you back those good old memories.

I actually really enjoyed this, I started watching it just because I was bored and I started to really like it after a while. Overall the story is ok I just really liked the characters so that's why I liked it. Definantly a fun watch it is way better than I thought it would be, but the male character in this is quite wimpy but I actually thought that was funny. I had a good laugh out of this and thoroughly enjoyed more than I thought I would.