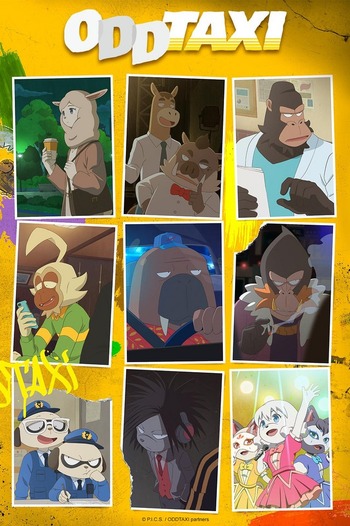 Both shows feature ensemble casts in urban environments involving working people and mundane conversations that all connect to larger mysteries.

They are pretty similar. The fact that is some mistery thing in both ways, and that have colors 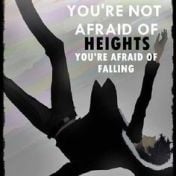 Both anime revolve around dialogue and little connections you probably can't see at first but eventually everything just clicks. Both have that urban mystery vibe and both keep you deeply invested in the plot and characters.

those are both very alike, I am sure if you liked one you will like the other as well, so if you're looking for similiar anime go for it 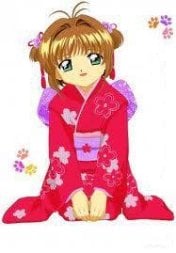 Odd Taxi and Baccano! use the same kind of story telling. They present a mystery with a large cast, slowly revealing how each person and situation is connected. If you're a fan of this type of slow reveal you'll most likely enjoy both shows.

Both are filled with large casts of quirky characters who are all ultimately connected and tied together in some way - regardless of if they know it or not. Both weave together a narrative where all the elements click into place near the end and show a mass of connections between characters and plot elements. Plus, both have a somewhat noir feel to them.

Both excellent, atmospheric mysteries with large casts full of complicatred and likeable characters. For that matter, watch the Fargo TV show.

Both shows have anthropomorphic animals that are thrust into dark crime mysteries. Each show has a quiet and introverted main character who is spearheading the investigation, sometimes unwillingly. Despite investigation, both anime toy with the idea that our main protagonist is the culprit. Each show also makes great use of the supporting cast, as most characters remain in the story even beyond their focused episodes/scenes.

Frustrated with her thankless office job, Retsuko the Red Panda copes with her daily struggles by belting out death metal karaoke after work.

Both series follow a cast of adorable and simplistic looking anthropomorphic characters  going though real world scenarios that would resonate with an older demographic.

Both focus on the different and interesting relationships that each of core characters have with each other. The dialogue with both series also feels really natural.

Just keep in mind the Aggretsuko is more comedy focused with serious moments, while Odd Taxi is more serious with small bits of comedy here and there.

If you like anthropomorphic animals accompanied by a more realistic setting with some drama, these would do.

Odd Taxi is more grounded than Paranoia Agent, but there's plenty of uneasy atmosphere, social commentary and unexpected comedy in both. Not much else like these shows!

Similar in that several characters and plot lines are started, and by the end the mystery is unraveled and everything comes together and you can see the big picture.

Nyagoya City is a trendy town where cats live. In this peaceful town, many of the cats are suddenly disappearing. The NEET cat Takumi must save his father, who is wrapped up in the incident.

Walking out on her human mother, the simple Tamala heads out into the universe to find her home planet. Life can be dangerous for a small kitten, though, even with a the help of a newfound boyfriend she picked up when jetpacking past his car. Trouble is stirring, for the dog police are corrupt, and the sinister corporation Catty & Co. are moving behind the scenes. Tamala 2010 is an assault on your brain cells in (mostly) four shades of grey.

While Retsuko desperately makes plans for Christmas Eve, her new obsession with seeking validation through social media spirals out of control.