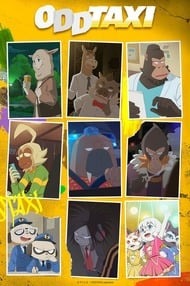 How To Spend a Long Night

Don't Call Me an Idol

Let Me Hear You Say, "What the Hell?"

We Have No Tomorrow

If We Could Go Back to That Day

Odd Taxi is CRIMINALLY under watched. This anime is spectacular. In the first episodes you are introduced to a cast of complex characters who all have some sort of mystery behind them. I love how Odd Taxi introduced all these mysteries and then tied them up. The animation is pretty standard i think but as someone who hasn't watched an anime with animal protaganists, I think this one made things fit very well. Please don't look at this and think its Zootopia 2.0 because its not--it's a whole different premise and MUCH better too.  The OP is nice and I like listening to in on spotify now but I don't recall the music throughout the episode or the ending (which isn't a bad thing, I just don't pay attention or watch endings). Characters? GREAT. Even if you found any of them annoying, they still felt really well written. I loved Yano and Dobu the most, IDK why, I just think they're fun. Some minor spoilers--- Concerning the big reveal about Otokawa, I know that a lot of people predicted ita and you probably will too. BUT. I think that the best mysteries are ones you can predict as well rahter than throwing you for a complete loop. The big mystery was also really well built up and hinted at.  Overall, 9.5/10. I was never bored while watching this. Please give it a try!

I cannot give it less than 10/10 on everything. The story and the characters gripped me in the first two minutes, literally. And was hooked until the very last seconds. The twists and turns and somersaults the plot made are amazing. They could have easily decided to make it live action, but I'm glad the settled on animating the story. I only worry that no other anime will be able top this for me, the writing was a dream came true. They left a bit of a cliffhanger and I'm dying to know what will happen next. I hope they will make a second season. 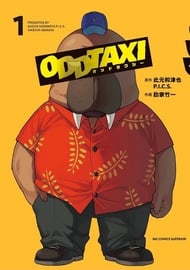