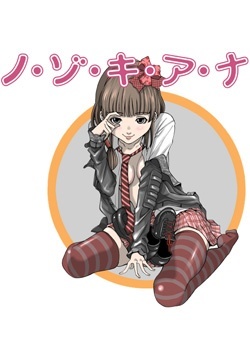 Nozoki Ana aka A Peephole is a 42-minute long OVA (or 55 minutes if you watch the extended version) based on a manga of 13 volumes.  I dropped the manga at 2 volumes because it had a boring porn-story with some extremely dumb and equally boring characters. No need to worry about that though, because what little story the manga had, it wasn't put in the anime. The few interesting things in it were just left out, and all that we've got left is sex, masturbation, rape and the obligatory beach scene. Oh, and also boobs and panties. Almost forgot to mention those...

Apart from that there's little I can say here:

- the most important characters consist of a perverted peeping girl, a spineless guy, a big-boobed gal, and a would-be rapist. Oh, and they all seem to like sex. I guess you could call the main guy's internal struggle ("should I peep or not?") somewhat interesting, but in the end the  makers of the anime didn't seem interested in that stuff. They were more interested in the size of the boobs of his girlfriend.

- the music is generic, forgettable, and didn't add anything to the experience

... I'd like to end this review by saying this: damn you, SpanglishJC, for selecting this for the Daily Anime Marathon!

one of the worst adaptations ever, I fucking love the manga so much and I hope it gets proper adaptation in the future, I'm really disappointed.