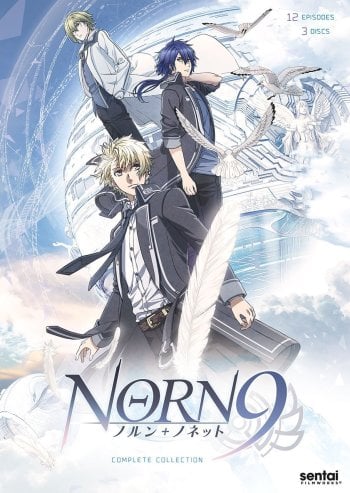 FIRST EPISODE IMPRESSIONS. Well, I was initially pretty pumped for this, because I checked out some of the play-throughs of the PS Vita game a while back (and I liked what I saw), but that excitement settled down when I began to see the signs of the usual reverse harem that I can only call a "guilty pleasure"... BAD SIGNS: 1. The protag is obviously very naïve, just like almost any other reverse harem protag. She's already gotten into one dumb situation in this first episode, so she’ll likely stumble into many more, but she will never stop being kawaii as hell about it. Lord knows, not even One-Punch Man could punch the kawaii out of her; I just wish she didn't have (what seems to be) a shriveled pinto bean for brain. Why can’t a harem of guys be attracted to a girl’s outstanding bravery and/or intelligence or something? Is that too much to ask? Also, I just wanted to add that she is (to my annoyance) talented in her very own language of jumbled "shrieks" of wonder/surprise (I don't know what else to call the subtle noises she makes sometimes instead of talking). 2. The characters we were introduced to seemed to be following the usual tropes (I could be wrong about this, but I'm 80% sure I'm right). The grumpy shut-in guy will probably end up being my favorite, as I couldn't really say he fit into a common trope. I also think that I'll like the blue-haired guy, even though we only got a short glimpse of him (I think his name is Akito?), because his hair is friggin' majestic. Not Aoba (DMMd) majestic, but majestic nonetheless. PRO:  I really do love the art and character designs; everything and everyone in the anime is beautiful so far, ESPECIALLY the protag! I just love her hair and eyes ^_^ I also like the garden-like spaceship setting. It’s a nice change from the school setting of other reverse harems. SUMMARY OF FIRST EPISODE IMPRESSIONS: Even though it might not sound like it, I really do enjoy reverse harems (even if they're haunted by the same recurring pattern), so I'll probably like Norn9... I just wish it was something I could be proud of loving, that's all. Who knows, maybe it will shatter my now lower expectations by the end? We'll just have to see :) Note: If you’re really craving a new reverse harem this season, I think Prince of Stride will turn out to be a better choice. Also, this is my first ever review, so don’t judge meee (at least, not too hard). I would, however, appreciate helpful feedback on how to make any future reviews better. I hope you have a nice rest of your day, stranger!

I am going to state right away that I have played the PS Vita Var Commons version of the visual novel, and have nearly 100% the whole game. Now as someone who is a fan of the game, I would not reccommend this anime.  I'll start with the story. And yes I will be comparing it to the game as that's what I knew first. It starts off with Koharu being told about the ship called NORN, and that she must board it to pretty much be useful and not be alone anymore. It's obviously the end of Winter, as everything is covered in snow, with bits of greenery trying to poke out. So it's telling us, like the traveler told Koharu, that spring is when the ship will come and that is when the story will truly start. And it does come but they go aboard a small ship first to get to the big one, while Kakeru has her wrapped in ivy and Akito is off doing who knows what while eating an apple. Cause that makes it totally look like he was searching... In the Visual Novel the whole ship touches down. And instead of Akito and Kakeru searching per se for Koharu, Koharu and Sorata find the ship and then get jumped by the two boys investigating the landing. Needless to say Sorata was not there, nor did they get jumped. He just kind of appears, on the ship, instead of in town. Cause that makes sense. I'm giving the story a low rating because of the changes. Where they could be taken as good, it seems more to me they didn't do a whole lot of research into the game aside from the few snippits of information on it's Wikia page. Example: Koharu uses her power in the anime right away, despite hating it. In the game she waits much longer before. Yes I understand they put her into a position for that to happen but her original character wasn't naive enough to run around the ship when told it's dangerous. Lets move onto animation. Now a lot of it is very pretty and good, but there are a few moments where it looks a bit choppy, or it's missing frames while other parts seem to have too many. now I'm not going to be to critical on this part as I know some of the stuff Japanese Animators have to go through, especially when they have to release an episode weekly without being allowed to push dates around. So overall it's pretty, but I prefer the scenery and effects more than the characters. Sound, kind of self explanitory. So far all the Voice Actors seem to be true to the Game, which makes it more enjoyable for those that have played it, but I feel like some of it could be better? Like there isn't an overjoy for the VA's to come back and do the same characters. Speaking of which, the Characters. I'm kind of rushing the end part of this as story was my biggest issue but the characters seem off as well. Koharu is more naive then she originally was. Her character in the game I took as quiet, a bit clumsy, and slightly naive, but not completely to the point she wouldn't listen to someone. She isn't an overly pushy character, but she is very caring and gets concerned about others more than herself. Also a lot of her naiveness is from lack of knowledge, she grew up kinda being isolated so makes sense not to know a lot of common things but she also knows how to listen to people and not just let it go in one ear and out the other. The other characters are a bit off as well, Akito is kind of mellowed down [He is terrified of Hiyoko's where the anime he is only slightly scared of them], Senri isn't as quiet or complainy about what Kakeru does, he just kind of accepts it somehow. Another issue is the ship itself, they made it a lot more technologically advanced then the game made it seem. And the locations of say the rooms, dining hall and meeting room are all different. I don't understand why they felt the need to when some perfectly good designs already existed for it that aren't to complicated. I guess for the fact of wanting it to be fancier would be a better explenation but the ship itself was never complicated, and it seemed easy to navigate.

Original review is below. New Review After finishing it I decided, it's not good. It had an interesting start, but it did end up being a short anime and the story just didn't fit well. There were too many things crammed in and it didn't really make sense. A lot of animes this season seemed promising and most ended up disappointing. I don't reccomment bothering with this. The ending is too far out too. Original Review I just sort of stumbled on to this anime with no real expectations and absolutely no clue what I watching (since neither this site nor the site I was watching it on gave an informitive summary.....). So far so good. I really hope this isn't a 12 episode anime though because it won't be able to develop and finish in just 12 episodes. First three episdoes are interesting though. I still don't entirely understand what is going on, but the characters are diverse and there is a bit of mystery behind each of them which is being discovered. The main focus right now appears to be the relationships between each of the twelve individuals on this "ship" thing that floats in the sky. Since it is only subbed, I was kind of planning on having it go on in the background as noise and paying half attention to it figuring it wasn't going to be interesting but it piqued my curiosity and I ended up paying attention it and enjoying it. I am excited to see what will happen next. I definitely reccomend. 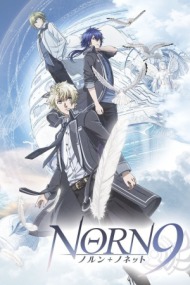 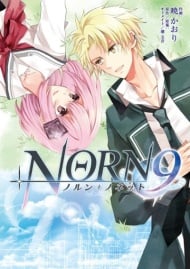