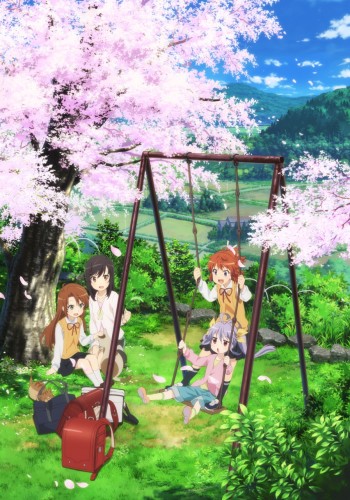 If you're looking for anime similar to Non Non Biyori Repeat OVA, you might like these titles.

The manga depicts the life of the pet dog Muco and his owner Komatsu, who lives in his glass-making workshop in the mountains.

The manga depicts the life of the pet dog Muco and his owner Komatsu, who lives in his glass-making workshop in the mountains.

Is the Order a Rabbit?? ~Dear My Sister~

The anime adaptation of the final Mushishi manga arc. Ginko stumbles upon a young girl in a mountain with branches and leaves growing out of her body. He later realises that she is the lord of that mountain but finds it strange that a human like her was chosen as the lord. He later meets her older brother who has continued to search for her ever since she disappeared while she was accompanying him on a stormy day. The story is about that girl, Kaya, and how she is torn between continuing her duty as a mushi lord and returning back to her loving human family.