865 users are tracking this. Log in to see stats.

Thanks to Efinate’s review of the Nonstop OVA that gave me the chance to view the one Non Non Biyori episode that I’ve been eager to see. I found.  I watched.  I sighed. And that sigh comes for two reasons. First, this 24 minute selection had all the clues that this will be Silver Link’s last offering of those country girls attending Asahigaoka Branch School.  The familiar scene at the end, when the kanji letters of Non Non Biyori fall to the ground, it is the four chibi characters, not the normal two raising up the sign that usually says, ‘See you soon.’  This time the message read, ‘It’s time to end for now.’  I’m pinning a bit on those last two words ‘for now.’  But note the age of the reviewer.  There will be anime from elsewhere to enjoy, but those four girls from that picturesque part of Japan were real charmers. Second reason to sigh … this OVA, presented as episode 13 of the third season, just wasn’t up to the quality of the previous twelve where new characters were introduced, old characters were shown the way out of the plot, and you left with the feeling that all was good in the world.  This OVA played out like a curtain call of the cast.  Now, as for that NNB strength, the splendid background designs still set this franchise apart.  It’s just that the characters were static.  Shiori is the newest member of Asahigaoka Branch School, making Renge the youngest senpai I can recall.  While Hotaru, Natsumi, and Komari join them in school life (in this case, homework and forming a badminton club), Suguru makes no appearance.  He has graduated and is attending high school in Tokyo, never to be heard from (ironic, if you know this character) or seen again.  But other members of ABS alumnae do show up for their ‘bow,’ including Kaede ‘Candy Store’ Kagayama and Hikage ‘being a high schooler in Tokyo doesn’t keep her out of the story’ Miyauchi.  Aoi from the adventure in Okinawa gets a cell phone call from Natsumi (catch the badminton connection?).  And Kazuho-sensei makes her cameo, trying to prove the integrity of hard work given in one’s homework (ironic, if you know this character). It was symbolic that the story ends with the coming of night, with one last glimpse in the homes of the main characters … Shiori doting over her baby sister, Hotaru in the kitchen with mom, the Miyauchi sisters lounging about.  Like things are just running normal. Normal, huh?  Let’s hope there is something to that ‘Nonstop’ moniker.

Well it's the final episode of the non non biyori series atleast for now according to the post credit scene. This was quite good, relaxing and funny at the same time. We get the last scenes of our favourite characters thus ending the series on a good note. I wish they adapted the rest of the manga chapters too but we can't ask too much. This was an amazing series and i would really like the other chapters to be animated too. If u r going to start watching the whole series make sure not to binge watch it and only watch 2 to 3 episodes per day to get that energy u need. 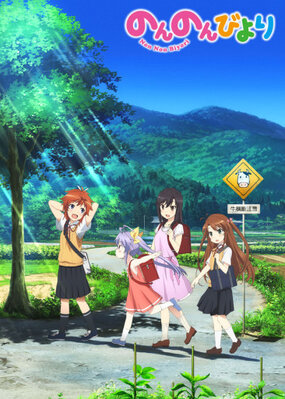 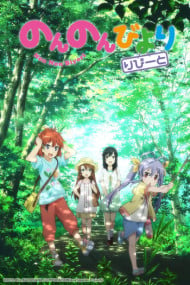 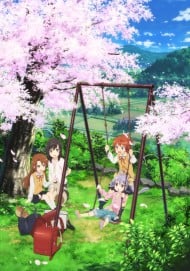 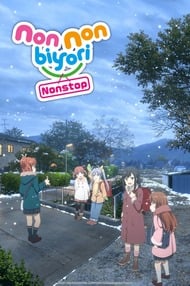 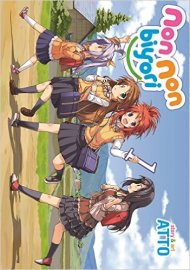