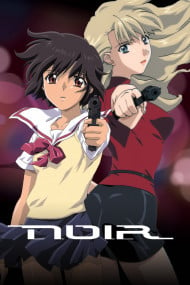 Mireille Bouqet has become a reputable assassin working in France. However, all changes after she meets Kirika, a mysterious young girl who knows nothing about her past but possesses killing skills that dwarf hers. Further intrigue unfolds as both characters explore their shadowy past and come to a head with a clandestine organization that seeks to control destiny itself. 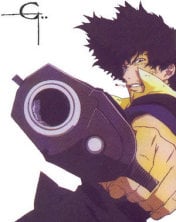 Yes im probably went a little crazy with the 10's but i honestly feel this is one of the best anime's I have seen as far as series goes. This is an anime for those of us who enjoy our stories slow, allowing us to get to know our characters and get attached to them. Throw in some awesome action scenes and some of the best music in an anime and you got a perfect series. For some people this series will be to slow for you but i encourage you to just keep watching it and by the end of the series you are going to want to watch it again. The ending is usually one of things that bothers me about a lot of animes but in this one the ending is just perfect.

This anime, in my humble opinion deserves a perfect 10 and here's why.  Story: Slow paced, but not in a boring way. The way the story unfolds for the characters is actually something that re-inspired me to write once again. I was literally blown away by the characterization builds. Couldn't have done a better job myself to be honest. Normally in an anime you get some form of a cheesy ending but not in this one. Noir brings something to the table that I firmly believe many anime need to follow and use. Animation: Yes it gets a ten. Well drawn action sequences that will keep you on the edge of your seat.  Sound: In a word, priceless. Crystal clear without the annoying wanna be ambiant sounds that you'd normally hear in anime.  Characters: I started speaking a bit about this in story, so I'll get a tad bit deeper without spoiling anything for you. Besides being well drawn out and such, each characters story brought something to the table. Even the minor characters storylines were played out perfectly.  Overall: No arguing, if you haven't watched this yet smack yourself in the face really hard then go watch or find someone who has the dvd's and ask them to lend it to you. A must have if you're a collector, the box art is absolutely beautiful. So yeah it's a MUST watch for you anime fan boys and girls out there.