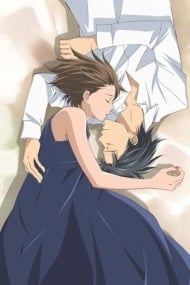 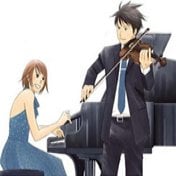 Nodame Cantabile has always had a special place in my heart.  I am a musician, too, and so, I have always felt a special connection to this series.  As such, maybe I am slightly biased-but I will try my best to be fair!  I will go through my review in each of the four categories: story, animation, sound, and characters.StoryThis series is the final chapter in Nodame Cantabile, following Nodame, Chiaki, and their friends and housemates in Paris as their time their starts to come to a close.  In this series, Nodame finally begins to come into her own, making her own musical career and choices without Chiaki.  She finally starts to "face the music," as Stresseman urged her to do back in the first season of the show.  Chiaki's musical career also starts to speed up, but he begins to learn that sometimes he needs to put Nodame first, and he begins to really own up to how he feels about her.  This season, to me, is more about their relationship than some of the other seasons.  Of course, their relationship has always been important, but in this season, Nodame faces the music, and thus herself, and Chiaki begins to prioritize a little differently.One thing that I would have liked to see in this storyline is some kind of reunion with their friends back in Japan to make things really come full circle.  There is an instance where Chiaki speaks with some of them on the phone, but that is really it.  It is a small thing and perhaps just my personal opinion, but I think it would have made the series have more sense of closure.AnimationAas far as the style of this series goes, it is fantastic.  It's just not as intricate and "shiny" as many popular animes.  But the scenes are beautiful, and the details phenomonal.  What really stands out, however, is the animation of musical instruments.  It is SO accurate, and so realistic.  While i am not a professional animator, I believe that the animation is somehow mixed with real instruments because it is 3-D and realistic every time.  When playing piano, for instance, their hands move incredibly accurately over the keys, and all of the instruments are beautifully rendered.  It's really incredible.SoundSound is such an integral part of Nodame.  One thing I love in particular is the sounds of the pianos mingling together from outside the house where Nodame, Frank, Tanya, and Yun Long live.  Similar to the treatment of instruments in the practice rooms, the sound is distorted to sound exactly like it sounds in real life.  The music of Nodame is fantastic, and I couldn't ask for a better soundtrack.CharactersAll of the characters are fantastic, and in this season, they all grow and change and become truly different and evolved people.  Many move from student to professional, or from student to very serious musician.  It was great to see Nodame, especially, turn into the musician she really could be.  I feel that this season in particular showed true character evolution, which is fitting since this is the finale.Nodame is still funny and cute, but has many more serious moments, now, and even goes on a journey by herself where she really has to come to terms with herself.  Chiaki is still serious, but beginning to embrace his feelings for Nodame, rather than acting like she is not as important to him as she is.  Even Tanya grows in this season, finally dropping many of her frivolous habits to become serious about piano so that she can stay in Paris.  Kuroki-kun also grows, beginning to open up to Tanya and realize his feelings for her.  Overall, the characters are well-developed, unique, and strong.OverallNodame Cantabile: Finale is, in my opinion, a great wrap-up to an even greater series.  It just might be one of my favorite animes of all-time.  I think that anyone who enjoyed other season of Nodame, or the live-action version, should give this one a try because it is heart-wrenching at times, light-hearted at times, and always everything that Nodame has always shown itself to be.  I felt elated at the end of the final episode, and so proud of everything the characters accomplished, even though I of course had nothing to do with their achievements!  Also, if you are a serious music student as I am, you will find yourself relating to these characters more than you've ever related to characters before.  Their feelings going into competitions, and their feelings after losing them or winning them, and their fear of what will happen to them as musicians in the future, and the bond they have with each other that you only find with other musicians are SO real, and so relatable.  I have shown this series to friends who are also musicians but who claim to hate anime, and they easily fall in love with the show and want to see more.  And if you are not a musician, you will still relate to the growth the characters achieve, and the daring and courage they use to face new tasks and challenge, and the feelings they go through in their relationships with each other, and more importantly, themselves. And also, maybe you will begin to enjoy classical music!All in all-this is a fantastic anime, and I highly recommend it.  Now quit reading this and go watch it! :D

I really love this kind of anime, because with watch this anime i can know deeper about classic music and love that althought i can't play it. And really enjoy listening when nodame play her piano,I really like scene when nodame and chiaki play Mozart sonata and of course their romance. i hope i can find similiar anime like that. 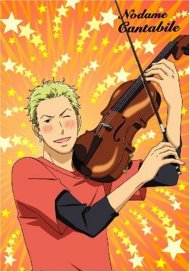 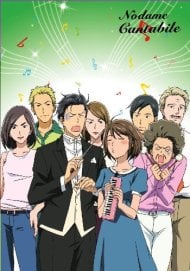 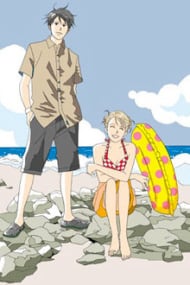 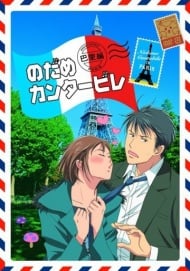 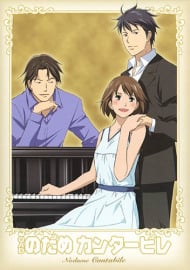 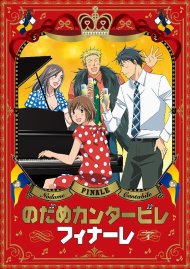 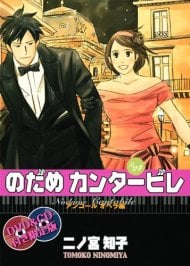 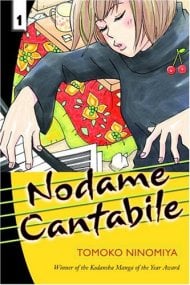