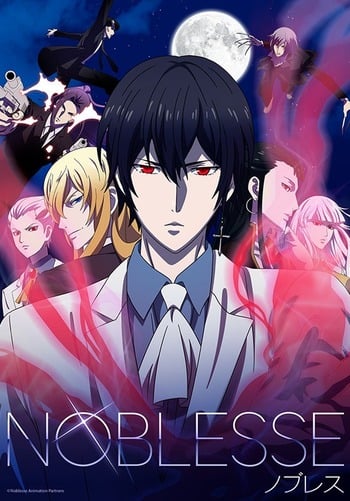 Ling Long just wants to make some friends, but she is not the best at socializing, not to mention that her online friend has stopped replying to her texts. However, in an unusual turn of events, she suddenly gains the ability to see monsters and ghosts. Her normal life takes on a strange twist...

Mahiru Shirota dislikes difficult things, preferring to live a simple life. But after rescuing a cat he names Kuro, life takes a turn for the complex. Kuro turns out to be a “Servamp”—a servant vampire—named Sleepy Ash, and the two form a contract. Kissing his simple life goodbye, Mahiru is pulled into the world of vampires, the seven deadly Servamps, and war. Life couldn't be more complicated!

Hellsing, an organization devoted to the elimination of the vampire threat, has recently uncovered information regarding the attempted production of "man-made undead." The world is presently in the thick of WWII, and the current leader of Hellsing fears the Nazis could potentially use these creatures as front-line super-soldiers. Although the technology of creating artificial vampires is still in its infancy, it has advanced enough to be a serious threat. In an attempt to put a stop to this perverse and dangerous experimentation, Hellsing has sent two of its most skilled agents to Poland. A young man by the name of Walter C. Dornes - a.k.a. "The Angel of Death," and Alucard, an ancient vampire currently in forced service to the Hellsing Organization. Together, they attempt to stop the progress of the Nazi's efforts.