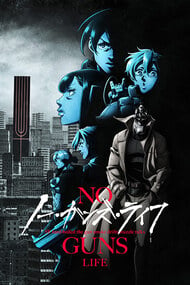 -Full Review For The Series, NO SPOILERSI am a bit late to finally finishing this series, and God damn guys, this show is probably one of the most balls to the walls action series I have seen in the last few years, with it really calling back to the dark, brutal, “think with your fist” type of anime that were pretty popular during the mid to late 2000s. This series seriously has Black Lagoon / Gungrave / Speed Grapher / Devil May Cry / Darker than Black vibes, and I am 100% here for it. It really felts like this series would be right at home in the late night Tonami block smack between shows like Jormungand and Btoom!, and if you know what I am talking about, and are in the mood for that type of show, then I 100% recommend this series for you, because you pretty much already know what you are in for with that description. -But of course, if you have seen all of those shows this probably doesn’t come as a surprise to you, since the studio that was behind No Guns Life is the same studio that made many of those exact shows, which is also probably why this series gives me heavy nostalgia for mid to late 2000s Madhouse. And ultimately I feel like that’s really all I need to say to convince you whether or not this show is right for you, if you are looking for some heavy ass action scenes with some great animation and a protagonist who “lives in the underbelly of society” who is “fighting the corrupt system” and is “dark and has a mysterious past” well then my friend, this show is right for you. -The only sad part about this series is that it probably won’t get another season, since already the original 24 episode season was split into two to make it look like it had “2 seasons” I guess as a way to stretch the popularity of the series, and hopefully the revenue it brought in was enough to incentivize another season, but we will just have to wait and see how that plays out, the only thing for sure is that it probably won’t be coming anytime soon. But overall I am happy with what we got, with all of the main characters really being fun and interesting to watch especially by the end, so I’ll give this second half a 9/10, Because this series knows what it is and 100% commits to it. There is a nice balance between main story and sidequests, the music throughout the entire series is always on point, and like I mentioned before, both the characters and the animation are also really enjoyable to watch, so what else could I really ask for in a show like this? So check it out if you have the time, I promised you will probably have a good time?p.s. the ED for “season 2” is probably one of the best EDs from this entire year

the guy who is literally a gun is back for season 2 does he get over his awkward ness for girls and WHY IS THERE BOOB ROCKETS. And I can't really tell you the answers for those but I can try to convince you to watch or not to watch. On the short side it's definitely worth the watch if your curious but if you feel yourself losing interest in the characters  by epsiode 3/4 then I would say drop it. It does get better but if you don't like them initially then you won't care for them later. Otherwise it's a fun ride so sitback and enjoy the show  now the long side  the animation is mostly amazing , anime have had a big uptick in animation quality the past year and this one doesn't disappoint really a great job but they use  bad cgi in seriously the worst spots sometimes  the sound mainly the music is awesome! The opener and the shows music are really good and do a great job setting up scenes  the characters are the typically shounen style, juzo and Mary are Great and most of the characters do enough to stand out or be interesting, it sucks that some of the side characters (like the detective guy and police chief girl) don't get more time.  the story is a bit conveluted but it is pretty good. sadly though the show really doesn't end this season I do hope that it continues. The 2 problems with the show is first the last episode is kind of rushed or it feels that way epsiode 11 was the real climax and epsiode 12 does nothing to propel you to the next season. It feel like it was purposely ambiguous because the show hasn't announced season 3 yet. So they want to try to make a solid ending. the 2nd is the really bad cgi, initially it was really used the typical background characters but the final fight was littered with really good animation and really Shite cgi which was a huge turn off.  So to wrap it up I would say that it's a fun different style setting noir show that definitely deserves to be seen by more people. If you made it this far thanks for the read and go have fun watching a dude who's a gun not shoot people!

What to say... This anime is okay, but season 2 is better than the first one in my oppinion. I like the concept of it and the characters are still great.  The animation was kind of bothersome. Because the main character has a gun for a head (which looks amazing) when he talks there isnt much movement or anything, so the animation is either a panning camera or a still standing image with maybe some moving smoke- which I find kind of dissapointing- so it really loses points there for me. I think the story had a lot more potential than the first season. While it feels like the first season was more lose episodes all over the place that didnt make a whole lot of sense, season two has more a linear story line that leads to somewhere.  I think the manga will have more impact than the anime (I plan on starting it so I can't say for sure yet). The anime was a struggle to get through. I took a break from the series after episode 4 because I thought it was lacking a lot, but after episode 5 it started showing more of the characters and the story started making more sense and coming together, so it's really worth pushing through. If there is ever a season 3 I'll watch it, but I really hope they dont start mixing CG with animation because that was sometimes just painful to wait. Rating:Story 6.5Animation 5Sound 7 (Who doesnt love Juzo's voice actor?! He did a great job and fit the character perfectly!)Characters 7 Overall 6.5, but I give it 5 stars since I find the series leaning more towards a 6 than a 7, but a 6.5 seems like a fair score since the series isnt that awful. 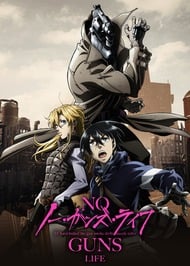 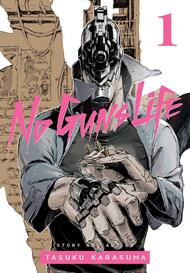