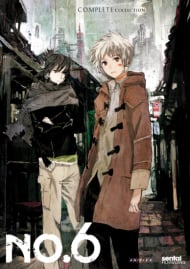 Regardless of some reviews, this is NOT boy love at all! This is barely bromance! The storyline is incredibly deep, and relatable to how we actually are becoming. The characters are quite recognizable in daily life. I recommend this anime, and if you watch it, watch to the very end. I really wish there was a second season to help explain the after effects, and how it compares to the past. I did not want just one season of this anime. I think I should read the manga, and see if there is more.

No. 6 starts as the tale of a dystopian society. Everything looks idyllic on the surface while a horror hides in the shadows and the characters try to cope with it. Yet a few episodes later, all that is trashed for a done-to-death stereotypical gay relationship between the main two characters. Boy, were the fans trolled or what… Most were lured into the show for its very atmospheric and captivating world, all thanks to its very high production values. I mean just look how they drew those trees! You want to hug them! The core theme is also interesting, as it has to do with a weird insect that turns its victims to mummies, and the authorities doing their best to hide its existence and even imprison eye witnesses as anarchists. It seemed like such an interesting premise at first.And then WHAM the premise ends up being nothing but a background decoration and the whole plot becomes nothing more than gay romance. It is an 11 episode series with an apparent complicating setting and cast, yet most of them were nothing more than a slow paced and uneventful bonding between the two main characters. It’s not about action, or horror, or mystery; it is just weak romantic drama.Although I sound homophobic, the high scores and hype the series had at first came from the sci-fi and mystery fans; NOT the shounen-ai fans. In fact, the anime wouldn’t be half as famous or initially praised if we knew right away about that element. That is why there was a 70% drop of viewership midway, once they realized they were being trolled. Not me though, just looking at the production teams I was almost certain right away that the show would be a fail. BONES is notorious as the studio that doesn’t know how to storyboard, while NotanimA uses the timeslot aimed at middle aged women who are into that sort of shit. Anyways, the problem is not just the premise being a joke; there is also very little plot in it. The first two episodes focused on getting to know the setting and the main two characters, with the rest existing for growing their friendship stronger, rather than showing how this crisis can be overcome. It’s as if the main conflict doesn’t even matter and instead of dealing with a threat that can wipe out humanity, we instead get unexciting slice of life. Furthermore, not even the chemistry between the two heroes is enough to compensate for the lack of everything else, since it’s fairly stereotypical, with nothing worth remembering them for. A dorky meek high school kid with a heart of gold and an anti-hero of sorts wrongfully accused by the authorities. What are even sillier is how the relationship is the most distinctive aspect of them instead of their personalities. Because they are THAT generic.There are a few secondary characters too, like a dog-breeder who keeps giving these weird moral speeches about humans and animals not being that different, a thing that has fooled many to still believe the show is about the meaning of life and not your more that typical gay crap. The female schoolmate on the other hand tries to find the truth behind the bug attacks. Effectively she is doing everything the main characters should be doing. And the funniest part is that she does all that because she wants to save humanity but because she has the hots for one of them, although the guy is gay. The final nail in the coffin are the final episodes which desperately try to become a sci-fi thriller, only to fail miserably because by now most viewers either dropped it or lost interest, while the ones still watching are all fujoshis. And look at that, genocides, and shootings, and weird queen bees happen in the finale, in a very quick succession and without first managing to make the viewer care about them. And hey, they somehow survive and found hope to continue living! Who cares; you rushed the whole thing. In conclusion, it’s a very bad series, with an awful plot, bad directing, uninteresting characters, lousy finale, and lots of trolling that fools you into thinking it’s going to be a serious story.

This is a series I just re-watched. I still enjoyed it, it's fairly good. However, there are some overall issues with No. 6 that make it average, with my seven rating slightly due to the fact I love characters with white hair and red eyes. First off, if you absolutely hate any sort of Shounen ai vibe, don't watch this. Second, it's only eleven episodes, so you can already assume that the plot won't be perfect. Story 6.5/10: With a bit of sci-fi, slight vibes of Shounen ai romance, and the whole topic of 'utopian society never being a utopia', No. 6 creates its story. Shion, the main character, meets Nezumi, and they try to find out what No. 6 is really trying to accomplish by implanting people with parasitic wasps...well Nezumi just wants to destroy No.6(but anyways). It was acceptable as a plot premise. However, (as you may have guessed) the eleven episodes did not unravel all these mysteries, and though several were solved, there were still a variety of questions about the plot left unfinished. The ending itself was put together well enough, but was still slightly annoying with the typical 'this is really just the beginning' end when not everything about the plot made sense. The middle consisted of continuing the main plot while being introduced to minimal side characters (yay :D not too many characters) and developing the relationship between Shion and Nezumi. More emphasis should have been put on Safu's character if she was going to be more important to the plot later. Nezumi and Shion got some relationship development together, but it still could have been stronger. I'm glad they did't try to add a Nezumi and Shion romance in instead of just hinting at it, because then the plot would have been even more rushed. A big part of it had to be the length of the Anime, it just wasn't enough to clear up plot issues and get really solid character development. Overall it was enjoyable, but definately needed a few more episodes. Animation 9/10: Not very picky about this, it was good enough for me, they even did okay on the dogs. I've actually seen some pretty bad/creepy/weird looking animals (especially horses) animated. Of course, both Nezumi and Shion look very cute. Sound 7/10: It wasn't bad, but I didn't like the opening or ending. Average I suppose. When a song slightly important to the main story was sung, it was done in a very lovely voice, so that was a nice touch and fun to listen to. Characters 7/10: The characters were fine in most respects. Shion was my favorite, white hair red eyes, typical nice guy who's innocent because he lived in No. 6, but has an interesting tendency to get violent/snap if anyone hurts Nezumi, that was a nice touch. Of course, after he learns what No. 6 has really been up to he (naturally) gets upset, but that was another part where I though there needed to be more time spent on. As the main character, I don't want him mentally wimpy all the time (those characters annoy me), but he recovered so quickly from shock after shock of things that could possibly make someone psycho. The Anime needed to create a darker atmosphere(plot was dark material, but didn't seem to have a dark enough atmosphere at times), and create a pacing so that what the audience and Shion 'discovers' about No.6 is more impactful. Nezumi was ok, but seriously pick a side, does this guy believe the ideals he yells at Shion all the time, or does he (secretly) want to believe the unrealistic, and naiive dreams/opinions Shion holds!? He got angry at Shion all the time for his unrealistic views/innocence, but he didn't even follow what he said himself, and seemed like he would rather go with Shion's point of view. Safu is that one girl that is in complete love with the main character and would do anything for him, and she likes her grandmother, that's it. Of course this is all unrequitted lover on her part because of the Shounen ai vibes between Nezumi and Shion. Mother character who loves Shion (hey at least she's not dead), Inukashi and Rikiga who both needed to get fleshed out more, but end up helping Shion. Still, the characters fit well together and weren't dislikeable. To me, Nezumi and Shion's interactions were better than the overarching plot. Most of the characters were interesting because they possessed some original traits. Overall an enjoyable watch for anyone who likes a sad plot, the utopia theme, interesting characters, even though the plot left unanswered questions. NOT if you're looking for great Sci-fi, if you wanted Shounen ai(there was only 'vibes' of it), or if you DON'T want those 'vibes'. xD (frankly I expect this from short Anime, it's either 'really rush the plot, simplify the plot, change the plot, abruptly end the plot, hope for second season to finish plot, or leave holes in the plot'. None of these are good things normally :'( Sad reality of Short Anime. Which do you prefer?) 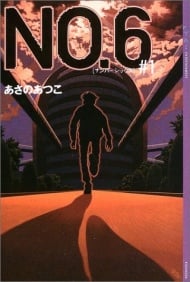 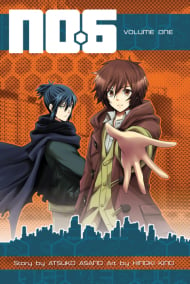