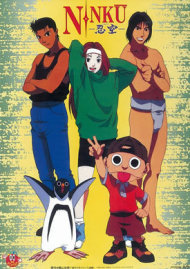 852 users are tracking this. Log in to see stats.

StoryHaving seen none of the Ninku TV series (which centers around the same characters for many, many episodes), I didn't know what to expect out of this movie. Weighing in at only thirty minutes, I figured there would be no harm in trying. After having seen this, I can say it would be like watching the Kenshin movie without seeing any other Kenshin related thing. It might be entertaining, but it doesn't necessarily stick. The movie starts out with a narration explaining that the Ninku clan was once a powerful tribe of ninjas who have all since died out, except our four heros. This wacky bunch contains a young very disturbing looking child (whose tongue is always hanging out like a dog) named Fusuke, a young woman named Rihoko, a man named Toji who wears nothing but a red loincloth of sorts when he fights (your guess is as good as mine), a guy named Aicho and an extremely cute penguin who rivals Pen Pen from Eva for best animal sidekick ever. The gang is flying around when their plane crashes, and lo and behold, they find a sign asking for bodyguards in a nearby town. Arriving with haste, they discover that the position is already taken by... themselves?! With bandits arriving the crew must get to the bottom of the mystery behind these identity-thieves. That about sums it up. It has some very funny comedy moments (such as one of the doppelgangers pulling on one of the Ninku's underwear, thinking it's a napkin), an action/fighting scene which takes up the last 10 minutes of the movie, easily, and some semi touching moments as we learn about the imposters and why they are doing what they are doing. Really, it plays out like an episode of a TV series, not a movie... but I suppose if you were in the mood to be introduced to a long TV series, this might win you over. The story was good and entertaining, though definitely not inspiring enough to give it more than a 7. AnimationThe music in Ninku ranged from absolutely nothing (which occured a little too often for my tastes, I might add) to synthy upbeat tunes that fit the mood very well. Though the music was fitting, I felt there was too much silence for such a comedic anime, so I have to dock the music section a few points. The voice acting was great for everyone, but once again Fusuke was really damn creepy, including his voice. SoundThough there is nothing inherently bad about the animation (thus the higher score), it definitely has an older look to it, which I don't necessarily enjoy. The character designs were some of the strangest ever, especially Aicho who looked like a deformed possessed Kubrick toy. I definitely loved the penguin the most, he was very cute and didn't look cartoony. The other characters looked like 90s animated characters with pointy features, so there isn't much else to say about that. Colors were all dark and desert-like, due to the setting, but weren't incredibly vibrant or interesting. No special effects were used, that I could tell. Good animation for sure with not a lot of jerkiness or poor quality, but I probably would have preferred a notch above normal. CharactersAs already mentioned, Ninku has a very weird selection of characters. The most bizarre were loincloth wearing boy and Fusuke, and the penguin was interesting to have as well. Due to the movie only being thirty minutes, I didn't feel attached to any of them and thus, it might have been nice to have seen the TV series first. But again, it's the same as watching the Kenshin movie without seeing the TV series first -- the characters won't be as developed in your mind. Given the length, it's not like they could go into a deep history of each character, so having almost no introductions was normal. Regardless, since all I can score on is the characters' roles and stereotypes, I can say they were well done. OverallThough rating most categories a 7, I still have to rate slightly lower for entertainment value. I realize that this might have something to do with the fact that I didn't see the TV series, but I felt Ninku was mindless entertainment and nothing more. Furthermore, I wouldn't watch it again, because although entertaining, it wasn't THAT entertaining. Ninku is a humorous and action filled look at an episode's worth of content that reminded me of Skies of Arcadia or any other number of stolen identity situations, and was executed well. The colors could have been a little more interesting and there could have been more depth, but hey, it was still an entertaining watch. This would be something good to watch while you are doing something else and/or you don't have to pay much attention, or for a mindless sick day. 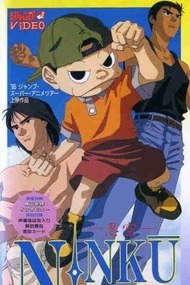 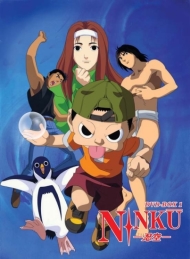 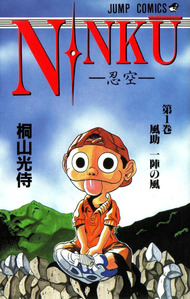 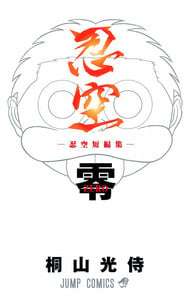 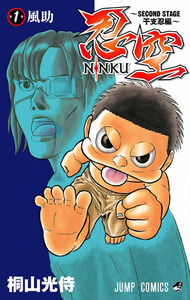