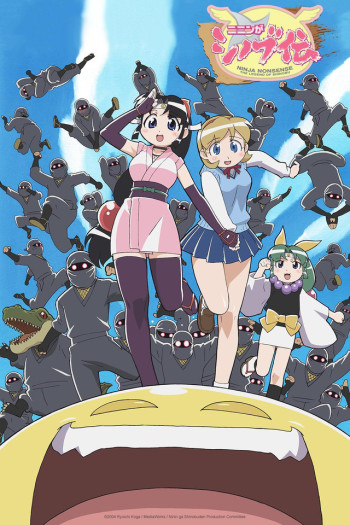 First, Onsokumaru gets sent to Hell! But, Hell can't be all that bad...! There are demon schoolgirls, demon wives, demon in-laws... Well, the demon in-laws could be kinda bad... Then, it's too hot to train, so the ninjas have little to do but sit around

The Girls Get Warm

The Ninjas Have Christmas

The Legend of Sasuke Begins

When a strange samurai tells her she is the successor of the swordsman Yagyu Jubei, Jiyu Nanohana refuses to believe him. But the descendants of Jubei's rivals have already sensed this, and one assassin after another is sent to attack Jiyu! Fortunately, Jubei left a little something for our heroine - a lovely heart-shaped eyepatch. As soon as Jiyu dons the...

The obvious link between these series is that both spoof an aspect of feudal Japans. Shibobuden takes Ninjas and puts them down as a perverted bunch, and Jubei-chan takes Samurai and puts them down as weird old men, clinging on to past habits and customs. Both series peak in terms of being zany and crazy characters. Really, you can't go wrong with either of them.

2x2=Shinobuden is about Ninjas and Jubei-chan is about Samurai; different main themes, but their sense of humour is about the same. They both dwell into the origin and history of these forms, and make fun of it. I think you'll have fun with both anime. Jubei-chan has some cool + swift action scenes.

The sene of humor in both of these series are of the same type. They are very absurd and often break the fourth wall by commenting that they are characters in an anime or that there are people watching. Both of these series are parodies in a way with Jubei-Chan being a parody of swordsman/samurai stories and Ninja Nonsense being well a parody of ninjas. There are two major differences between these two series I should mention though. Ninja Nonsense is much more perverted in its humor than Jubei-Chan so the content of the humor isn't always equivalent between the two series. Also Ninja Nonsense doesn't have an overarching story like Jubei-Chan. If these two aspects don't bother you then if you've watched one of these give the other a try.

Ninja Nonsense and Muteki Kanban Musume have a lot in common, except for their settings. The characters in both series are equally weird and can hardly be called characters due to what little background story we are told about them. The series focus more on slapstick humor.

If you are a sucker for crazy slapstick humor and are not too interested in actually seeing some character development, these series will be great.

While it's alluded to in the title of Ninja Nonsense, if you like mental and nearly idiotic comedy then both of these series are for you. Both have random violence and have a definite over the top feeling about them. If you liked one, then definitely check out the other! 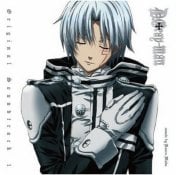