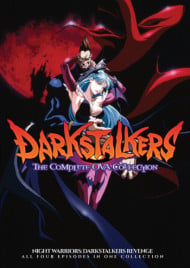 In the future, the world as we know it is inhabited by humans and Darkstalkers -- beings of the night who descended upon the planet and stole away the light of the sun. Discrimination is at an all time high, fueled by the tendencies of some Darkstalkers to prey upon the humans for their own desires. However, amongst the dark there are those who fight for good, such as the hybrid Donovan and two sisters who are out for revenge. With the coming of the ultimate demon Pyron, the humans and Darkstalkers must band together one last time to save the planet from his wrath...

StoryDarkstalkers is based on the games, which I believe are fighting based. This is fairly obvious when you watch the series, which not only feels like a game, but is full of fighting that happens all the time. The story is loosely based around a central plot to destroy the ruler of the universe, Pyron. He's a demon type guy that appears to be made up of fire, who has come to the world to see if anyone can rival him in strength. If he can't find anyone, well, he'll just destroy the world. The story follows four groups of people as they do various things and ultimately have their fates intertwined, as they go towards their ultimate goals. As a background, as the synopsis suggests, the world is populated by humans, but also demons that stole away the sun. Many of these demons are nice and don't mess with humans, but a large percentage of them do (eating them, killing them), thus causing a great deal of discrimination to grow. The story follows a darkstalker hunter who is half darkstalker (along with a child who appears to have enormous powers), two sorcerer sisters who are out for revenge over the death of their mother (who died dealing with Pyron), a darkstalker who wants to be the king of the darkstalkers, and a catgirl darkstalker and her musician friend. Each of these stories definitely will remind you of playing a game. The problem with Darkstalkers is not that the stories are hard to understand, but that they are too scattered. Darkstalkers' Revenge spans around 8 episodes (4 episodes at 45 minutes each), but the topic of each one is varied and jumps back and forth between other stories. This gives you a sense of confusion and really, it would have been better if it would have shown one solid story for awhile, then another, and eventually they all meet up. Instead it's too scattered and thus, you lose the excitement about the stories individually. It would have been nice to have some sort of better ultimate goal besides destroying one demon, though given the context of the games, there might not have been a lot of choice. The story is very entertaining, though, and campy. It reminded me of something I'd see in an American comic book, or comic book translated to movie. The stories are engaging and interesting, they just weren't fit together well. I decided to rate this section a 6.5 because the stories are quite good and engaging, yet the execution was poor. AnimationThe animation is beautiful in this OVA, and you'd feel the same way if you saw it. The colors are rich, vibrant and beautiful, with the dark colors standing out just as much as the bright ones. The characters designs definitely will remind you of a game, with huge claws, swoopy hair, and strange things such as the outfits. The special effects were well done, the movements and fights were fluid, and everything just looked great. The only thing I didn't like was that sometimes the fight scenes seemed recycled, but I know they weren't. That's more of a complaint about the amount of fighting, probably. SoundThe music was mostly saxaphones or 80s sounding with style, and definitely sounded like it came out of a game. Due to the plot, pacing, and overall feel of the OVA, this was a good choice. I can't think of much else to say about the music, it was good. Voice actors did a good job. CharactersThe characters, though plentiful, were TOO plentiful to really get into. We were introduced to a ton of characters and none of them were really developed due to the lack of time. Some characters we saw only a few times and then never again. Some we saw all the time, but weren't developed. The two sisters definitely were the most developed, as we watched almost an entire episode about their past... yet they weren't even the focus of the story! It definitely gives you the feel of a game, but was too spread out for my tastes. The story and characters really should have been focused on only a few or a few groups, rather than a ton, and the character score wouldn't have suffered so much. For originality though, the characters definitely were unusual and well created. OverallDarkstalkers is definitely above average, but not terribly high. The story is engaging and easy to watch, even if you haven't played the games, yet it seemed too scattered and was stretched too thin. We meet lots of characters but don't really get to know many of them, we see lots of situations that aren't resolved at all, and in general, walk away with a somewhat bored feeling. The animation is fantastic, though, as is the music, so those might influence you to watch the series. Check it out if you have some spare time. If you don't enjoy episode 1, odds are you won't enjoy the rest either. 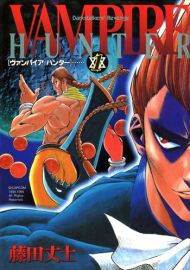 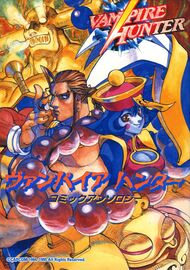 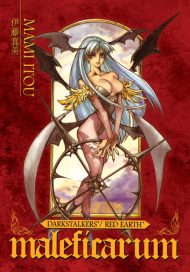 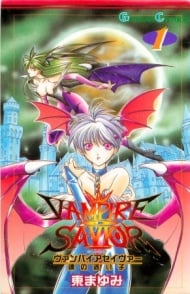