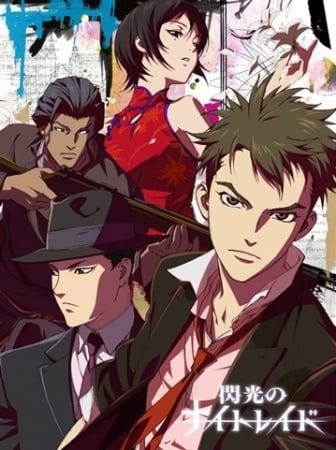 A recap of the series from episode zero (Shipboard’s Shoot DVD Special) to episode six.

This recap was very helpful, as throughout the series they’re a little too light on details pertaining to our main characters. It’s also very helpful for those who aren’t fully informed on the conflicts between Japan and China from the turn of the twentieth century up until the time after World War I.

This also pretty much splits up the series (as it was meant to be viewed after episode six) from one off episodes to a seven part serial having to do with Isao and his plans.

Even though this is just recap, it gives me a chance to listen to, and rate the Japanese voice actors. They did a good job of picking V.O. artist that sound like the characters looked, which unfortunatly in anime means the same predictable voices for the tough guy, young girl and the goofball, but can be all business, male. It’s not to say the voices aren’t very good, they’re just a bit over used.

While I don’t normally enjoy recap episodes, this was needed for this series and helped make the later episodes more enjoyable.