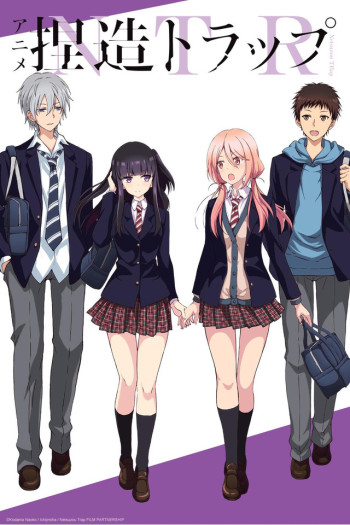 If you can put aside your morals and look past the cheating and abuse this anime really isnt as bad as everyone makes it out to be and to be honest, i really enjoyed it.

the op for this anime is probably its biggest saving grace and the part that i like the most, again, its not a good anime but its more of a guilty pleasure animes, the ones that may not be morally correct yet still get you addicted. the story premise is with hotaru and yuma, cheating on their boyfriends with each other and with a lot of backstories and different point of views of the other characters the bad things of this anime aren't actually that bad. the animation is quite pretty except for at some points it can seem a little lack and in need of improvement. it had a bit of a lame ending but hey a lame ending is better than no ending altho i still wish fujiwara got hit by a bus

anyways, if you like yuri and dont mind lack of plot/morally incorrect themes i think you should give this anime a go 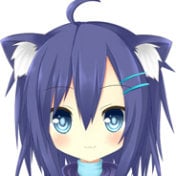 Not sure who wrote the synopsis but it goes more like this.

Girl 1 asks Girl 2 for double date, they go together, instead of being love-dovey with their boyfriends, G2 molests G1, they decide to go to the toilet together where it just gets more intense. And this same scenario of sub-rape follows probably the whole season (dropped at ep1)

First of all, I think I speak for most of us yuri lovers when I say that we like the innocence in the act. Even cutesy one-sided kiss on the cheek is a balm on the heart. But this shit is straight up police material.

Not to mention that it's supposed to be at least a bit about the boyfriends as well... but what I saw was nothing else than 2 background trees sitting and singing in a karaoke room.

Son, I am kind of dissapoint. Why I picked it up was because it looked like Sakura Trick with the addition of XY chromosomes but nope, it's just sexual harrasment behind 2 trees.

this is a brief review about netsuzou trap and my impressions about it. maybe spoilers? not directly at least.

first of all, it was surprisingly good. I wasn't expecting much given that most reviews I read about it were clear about their dislike. I can see where its coming from. there's abuse in this anime, as well as cheating and mature themes. there are extremely manipulative and rapey characters. hotaru goes well beyond abiding to consent and abuses yuma. and I'm not condoning all the immoral things as I say this; but there's a certain kind of allure to this anime. its a guilty pleasure of some sort. and just so you know, yes I'm sapphic myself as well.

I feel like the makers of the series got yuma's feelings toward wlw attraction right, or at least it felt believable. and hotaru: she had clearly suffered in her own right, making her the way she is. she has levels to her character. I have to acknowledge her faults and wrongdoings, but otherwise there was something I really liked about her.

the animation was enjoyable, the soundtrack felt sometimes a bit repetitive but it wasn't necessarily bad. the short episodes left little room for any extensive backstory, but I suppose everything we needed to know was sufficiently provided. the plot advanced well but not too fast as sometimes is the case with short episode animes.

should you watch this anime? it's really up to you to choose whether to make the decision. this anime obviously divides peoples opinions so you could draw your own conclusions. maybe I was lenient with this reviews, but as I said, my expectations weren't high.

For as maligned as it is, Netsuzou Trap actually has potential on an nth level. A lot of its (unfortunately many) flaws lie more in the sometimes woeful execution. Made by Creators in Pack, the same studio who brought you 2016’s Bloodivores (one of the worst anime series I’ve ever seen), this short-form dark romance stars Yuma and Hotaru, two girls in heterosexual romantic relationships. When Hotaru starts to initiate a series of inappropriate sexual advances towards Yuma, it becomes apparent that neither her long-term relationship with Fujiwara, nor Yuma’s with her boyfriend, are infallible.

As someone who watched and, for the most part, enjoyed Scum’s Wish, another 2017 series by Lerche, I can see what this one was going for. Though Hotaru’s behaviour is often strange, predatory and crosses the line into sexual assault, much of the series is steeped in an assumedly purposeful tone of uneasiness; as her feelings towards Yuma, and Yuma’s towards her, are increasingly muddied, the audience is forced to deal with issues such as sexual blackmail and a yearning for physical closeness that, though not to be condoned, are at least thought-provoking. Like Scum’s Wish, it is easy to dislike the main characters for their actions, but difficult to write them off- they are bad people in a bad romance, if it can even be called romance. On the other hand, Creators in Pack clearly don’t have the finesse or artistic talent at their disposal in order to pull this off.

Yuma is one problem. Though her inability (or unwillingness) to process the motive between Hotaru’s actions, and her lack of a satisfactory rebuff, can be put down to surprise and denial, there are still many instances where her inner monologues fail to suspend disbelief. She’s not entirely unsympathetic, but it’s sometimes difficult to know whether her ‘MC-denseness’ (to paraphrase the prevalent anime trope) is supposed to be read as psychological depth, or just shaky writing. The same conditional sympathy is lacking from other characters; though Hotaru, guilty as she is of unwanted sexual advances, has at least some limited backstory and depth to her, her steely-haired boyfriend soon proves himself a thoroughly unlikeable antagonist character with no real redeeming features. Presumably, the audience is meant to hate him as an obstacle to a love predicated on molestation (bleurgh), but he’s rendered so loathsome by successive episodes that he comes across as the writers trying too hard. This sense is pervasive elsewhere, as, rather than allowing the ‘do I want to shag my best friend’ plot to take centre stage, extraneous sub-plots (including a bizarre part-time job scenario that screams “unnecessary”) are bundled in. The pacing is further waylaid by a sense of déjà vu, as almost every scene in which the female characters are alone consists of touching, moans and bras, and while I’m not opposed to any of these things in theory, the fact remains that there’s a literary touch that is conspicuously absent, though I’ll admit that no-one was expecting Tolstoy going in. The show also falls into a common pitfall of wanting to explore explicit sexual themes but getting really coy about showing them too explicitly, meaning we get a lot of strange lighting effects and camera angles that, in their desperate attempts NOT to have to show any nipples, ultimately break immersion.

Visually, NTZ isn’t dreadful, though I really question the wisdom of having chibi-esque art-style changes to denote WACKY HUMOROUS SCENES within a hard-hitting anime about secretive sexual relationships. Sonically, however, it’s in need of criticism. The opening theme is laughably incompatible with the show itself and feels like it’d be more in place ahead of shounen, while the episodes proper feature the same tracks over and over again (though these are at least suitable for their contexts, usually). Voice acting is fine. I’ve little else to say about it.

Much of the criticism that deserves levelling should be pointed at the writing. The dialogue, which I’ve said little of yet, can be passable, but it can also be clunky. Between characters getting angry about sexual advances one second and graciously accepting snacks the next, or Hotaru accusing her female friend of being overprotective AND unguarded in the exact same scene, there’s lots of sub-par speechcraft to take a red pen to. It also needs saying that a late-game case of anagnorisis revolves around one character not realising that you can love someone and not want to have sex with them all of the time, which is ... yeah.

Netsuzou Trap isn’t as bad as some might say, but just because a sandwich doesn’t kill you doesn’t mean it’s prime cuisine. Ultimately, with an ending that at least resolves the important plot points, and the ability to carry a story to fruition without going bat-shit (Bloodivores, School Days, etc.), this at least deserves the faint praise of ‘not the worst thing ever’, but it’s also far from a must-watch and you could easily skip this one and go for Scum’s Wish instead.

This is kind of a rip off of citrus.