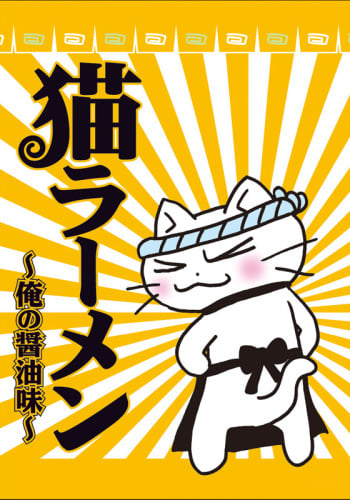 If you're looking for anime similar to Neko Ramen: Ore no Shouyu Aji, you might like these titles.

With the 2020 Tokyo Olympic Games around the corner, there's also a worldwide sushi boom. In order to deal with all the bastardized sushi out there, the Japanese Government's urgent response is to team up with other ruling powers around the world to establish the WFCO (World Food-culture Conservation Organization) to protect and promote authentic local cuisine. And so the World Food-Culture Conservation Organization (WFCO), deploys its 9th Division to oversee Japanese cuisine abroad. The 9th Division, a.k.a. Sushi Police, is notorious for their aggressive conduct and they hassle anyone serving unauthentic Japanese food in the U.S., Russia, France, China, etc. They will resort to any means necessary to eliminate bad sushi. Soon they are despised by restaurant proprietors around the world.

A lion, toucan, and lizard live the lives of office workers in a capitalist society in Japan, while also dealing with their unique situations as animals living beyond the savanna and the food chain.

Imagine your co-workers–a lion, toucan, and lizard! Hey it can happen right? Africa Salaryman is a comedic take on office life of three African jungle animals who could be your potential co-workers in corporate America. It’s full of ridiculous office place antics and hilarious scenarios, that keeps things quite entertaining, while the animals cope with their working environment.

Fifteen-year-old Chacha is a typical teen with an atypical talent: she can communicate with cats. Though her friend Mito thinks this is the coolest ability in the world, Chacha finds her unique skill to be annoying at best and disruptive at worst. Whether she's dealing with countless strays proposing marriage, neighborhood cats offering to help her with tests or waking up to 'presents' on her bed in the night, Chacha's normal school life will be anything but!

The anime features characters with human bodies and fish heads as office workers at an IT firm.

Welcome to the concrete jungle, where it's a struggle to survive among the animals of the city. Watch Jake the bear, Jenny the cat and their cast of slightly crazy friends as they live, love and try to stay sane in a wild world.