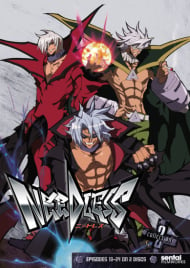 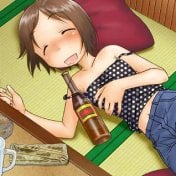 If you are looking for an action anime that seems to draw upon the story lines of many of the great anime of its genre (read: Gurren Lagann), but lacks the expected character development that is expected in any 24 episode series, more than 2 or 3 glimpses of what could be construed as an original plot, a lot of battles cut off in the middle of it, and a lot of panty shots, then this is your show. If you want a solid, at least somewhat original anime that manages to have a good mix of plot, action, and character development, you should stay away. Apart from the lack of originality that this series exhibits, I would have to say that the two most annoying parts of this series are the completely obvious "twists" in the plots, and the fact that, in the middle of a large battle scene, everything will stop so that protagonists can figure out what the other side is doing, while the bad guys obligingly sit and watch them do such. Yes, this series does manage to have several "twists and turns," but when you can see most of them coming several episodes before they happen, they tend to lose effect. The other thing that annoyed me most about this series was the sheer stupidity of some of these characters. When the main character managed to figure out someone's power (even though one of their partner's power was to FIGURE OUT WHAT ANYONE'S POWER IS) everybody was so shocked, even though it was obvious. While this character sat there and figured out what that person's power is, or their weakness, or the plan they needed to use, the bad guys just sat there, politely waiting for them to mount a counter attack. This annoyed me beyond anything else in the series. In total, ignoring my three major grievances, this isn't a terrible series, and, if you're in the mood for a lot of action, this could be a good series for you to see.

First Impression:I haven't even watched 10 minutes of episode 1 and I can already tell it's going to be one of THOSE shows. How do I know this? Character names revealed: Adam, Eve, Cruz Schild (Cross Shield). There is a mechanized murder machine designed to kill "Needless" and do you know what's it called? "The Testament". The first big damn hero to come through is a PRIEST. So, like Neon Genesis Evangelion, I know I'm in for some kind of Christian symbolism-laden series. Review:Okay, so I was totally right in my first impression. There's christianity everywhere, and it actually starts to annoy me. Adam and Eve are "created for each other", there's an evil corporation called 666, the big bad returns to the world through the 666 gate. Unlike NGE, which was totally a mind#[email protected]! that I seriously doubt was intended for kids, Needless is a typical shounen anime with your typical shounen elements like extremely flat characters and superpowers. The superpowers are your standard class of superpowers: fire control, water control, gravity control, etc. and obviously someone's going to have the ability to copy other superpowers and it's going to be broken as all get-out and OF COURSE it'll be one of the main characters and likely the bad guy will either have it or have a morepowerful version of it. Lo and behold, shounen never lets me down. The characters are for the most part flat, and show no signs of development throughout the series. Actually, that's only partly true. You see flashbacks, and then you compare the flashback to the guy you see today and wonder, "Where the $#@! did someone go wrong?". You follow Cruz Schild, a powerless baby brother that lost his sister in episode one after which he is rescued by "a priest", though as a man who was raised Catholic, he looks nothing like what I would consider a priest. Also, none of the priests I know of go on suicide missions holding grenades, but maybe the Monty Python is strong with our priest. Our priest is a complete pedophile and a violent moron, par for the course. He's the "Adam" and his partner "Eve" is a complete airhead. So let's look at our shounen checkbox list. 1. Call to adventure via family death - check2. Moronic muscle dude - check3. Someone that likes little girls - check4. Female lead is a dumb broad - check There are other characters to fill out the board if you're playing shounen bingo. Obsessed with power, obsessed with money, the guy everything happens to because he was unfortunate enough to not make his saving throw on comic relief, evil group in control of the country, double-crosser, etc. I don't believe lack of character can break a show but plenty of character certainly makes it. But because this is shounen I shouldn't expect much. Hoohah. Can I also point out that the characters look like they're either made of jello-balloons or bricks? Unappealing and somewhat jarring. The fight scenes are rather plain. If turn-based combat ever entered the real world, this is what I would expect it to be like. What annoyed me the most was when they'd yell their powers every time they used them, and they'd use them like 5-6 times a fight so it's not like you're missing anything if they opted to not yell them the third time onward. In fact, I might even venture so far as to say that Needless suffers from DBZ syndrome, where you spend a disproportionate amount of time yelling your attack or just yelling. I'm rather disappointed that the powers were very generic. There was a bit of science in there which I really appreciated (physics major woot woot) though it wasn't prolific enough to make a standing impression.And actually, while we're on the topic of what annoyed me, PANTY SHOTS. THERE ARE SO MANY OBVIOUS SHOTS THAT WERE MADE JUST TO BE PANTY SHOTS. I get that it's supposed to be exciting(?)... actually I don't get that. But maybe that's because I'm a 21 year-old man watching a shounen anime. What about the story? The story feels a bit rushed. It's not terribly unpredictable, as there are hints of the double-crosser quite early in the show. There wasn't actually anything that made me spit-take my strawberry milk. Someone gets kidnapped and the big bad happens to throw a party at the place where the kidnapped is taken to. Rather convenient, and look! He also invited everyone to come with the consequence of not coming being DEATH. So everyone goes there to rescue the kidnapped and it's almost like stop the big bad is an optional side quest but not really because the series doesn't have enough episodes to be that developed. All that aside, there are some genuinely amusing parts of the show and while as a whole I think it really is just a kids show, there are some moments that were fun even for me. The story has a pretty decent foundation, and if the series were maybe twice as long, they could probably properly expand upon all of the little details that I thought could've make it great. The overall tone is light, and while the show may think it's being funny, it really isn't. But maybe that's the somewhat mature 21 year-old talking, since I most likely am about twice as old as the target audience. All-in-all, I say it's a weak show, not something that I'd watch again. 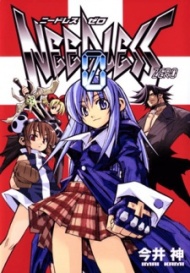 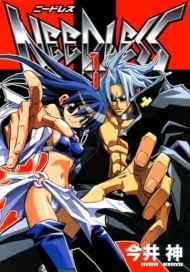