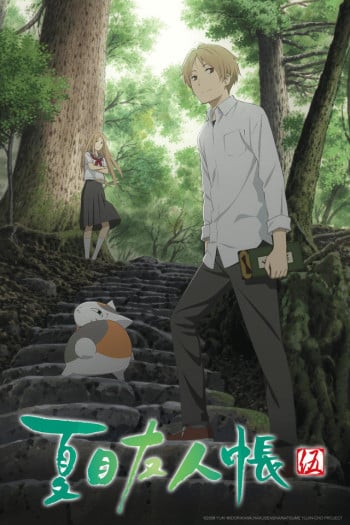 Natsume continues to spend his days giving back Youkai their names from the book of friends. One day, as he's heading home, he finds himself chased by a giant, rolling pot. The youkai in the pot insists that his grandmother Reiko stole a doll from her. When she threatens to hurt his family, however, he's forced to go out and find it. But would his kind, smiling grandmother Reiko really steal a doll from someone?

The Letter from the Exorcist

It Must Not Be Bound

To The Ephemeral Ones

Both of these series are about Japanese high school boys who have the ability to see and interact with youkai.