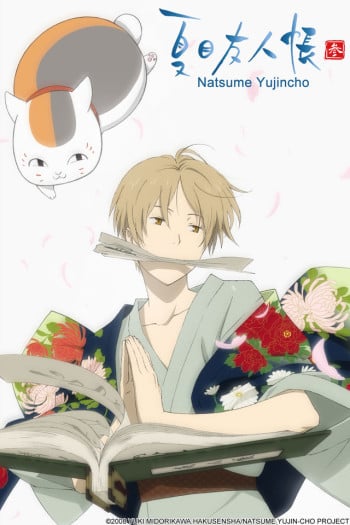 Natsume is invited to go to a pottery classroom with Shigeru. It's being held in an inn where he once stayed. When he goes there, he meets an old friend: the young fox child he once saved.

The Name Of A Monster

The Thing That Lurks In The Storeroom

That Which Is Not Human

Through the Autumn Wind

What The Mirror Shows

A place to go home to

Both of these animes have a good background look into Japanese mythology.  As well as posessing the comedic personalities of the characters.  The storyline of the animes may differ but they both function within the same parameters of mythology, fantasy, master-servant relationship and that slice of life high school setting.