Alt title: The Door Into Summer 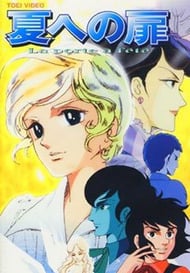 Fifteen-year-old Marion is intelligent, handsome and loved by everyone at his French boarding school, but the boy holds nothing but disdain for both his classmates, and himself. For Marion is devoted to rationalism, believing that emotions such as anger and love are unnecessary – even sex is merely a means of ensuring a species' survival. But deep down, this attitude is simply a façade that was carefully constructed to protect Marion's naivety and fragile emotions, and when a chance encounter brings a seductive adult woman into his life, even he won't be able to retain his icy exterior...

Story: 6/10 Before any further explanations are made, I have to express that anyone with a pet peeve for fictional melodrama should run away and never look back. Much like other titles from the same genre and era, this is a movie with no shame when it comes to executing scene after scene with such ridiculous and dramatic extravagance that it crosses the border of what most people find endurable. If, like me, you can’t get enough of that stuff, continue your reading. Partly a coming-of-age story but also a tale of sexual awakening and the loss of youth; Natsu e no Tobira is more or less what you’d expect from a movie whose original mangaka also created Kaze to Ki no Uta. This time she went for something slightly less homoerotic but still chose to place a pretty big emphasis on sex and romance. Once again the relationships portrayed are far from functional but they do create the kind of tension and drama they have to in order for a satisfying conclusion to be made. I would argue that the movie tries to do too much without enough time at its disposal but amidst the profound melodrama and sparkly eyes there is something genuinely appealing that’s hard to define. Perhaps it’s the decision not to walk around the subject of sex and instead tackling it head-on; or the eloquently portrayed nostalgia of the narrator. My biggest guess, however, would probably be the insane amount of extreme emotions being expressed, despite inadequate execution. Animation: 6.5/10 As an early effort of Studio Madhouse, Natsu e no Tobira comes off as relatively strong in the visual department. There are a few age-related problems scattered here and there along with some sloppy movement, but the final product is still pretty impressive for an early 1980’s film. Character designs in particular are made with great care and follow the typical shoujo pattern of emphasizing beauty and effeminacy in male and female characters alike with smooth skin and impossibly sparkly eyes as the centers of attention. Everything else, backgrounds included, is generally fine, except for a few moments of increased splendor. Sound: 7/10 Most of the instrumental pieces found scattered throughout the movie remain beautiful but somewhat bland. In order to explain the “above average” score I’ll have to mention the music played during the sex scenes which is something else entirely. It’s hard to explain but it was basically comprised of sensual female voices singing to a mysterious backdrop but came across as highly atmospheric and appropriate. As far as voice-acting goes I’m sure everyone knows that to expect; boys are feminine and innocent-sounding, girls slightly more reserved and everyone else just the way you’d guess based on their appearance. Characters: 5/10 Just like a lot of older shoujo titles, Natsu e no Tobira makes no attempt of explaining why its characters so constantly fall in love with each other. It could even be argued that the huge focus on the sensations of romance makes further elaboration both unwanted and excessive; even if it leads to a somewhat shallow conclusion with the physical appeal of the characters as the only thing left to even consider. Any fan of the genre will tell you that beneath the façade of beautiful youngsters, flowers or whatever objects the creators felt like glorifying, there’s a much darker realm waiting to make its entrance; the extreme consequences of unrequited love is probably the best example. This movie is no exception but disregards any opportunity to dive deeper into its characters by focusing on everything but the cause of their miseries. As a whole the cast is interesting enough with a wide set of different personalities and ambitions, but too many conclusions exist with no foreshadowing or even logic as the writers felt no need to enlighten us with anything. Why did a character feel the way he did, and why did it inspire such gruesome acts of agony and self-destruction? I have no idea, and the movie doesn’t seem very interested in telling me. Overall: 6/10 All in all, I’ll make no attempt to deny that this movie values drama over characterization, style over substance and the expression of love over the actual cause of it. Boys are beautiful and feminine, girls even more so, and everything from European architecture to fashion, flowers and sexual relations are glorified into almost divine heights. Competent production values and a daring soundtrack support what is probably a mediocre attempt at romantic writing. Even so, I found myself enjoying it, just like you probably will if you know you’re a fan of slightly older shoujo. If you’ve survived the angsty melodrama of Oniisama E and Kaze to Ki no Uta and learned to love it, there shouldn’t be anything stopping you from devouring this film. Anyone else would be wise to turn their backs on it for all eternity. 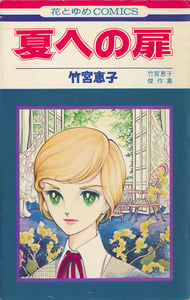