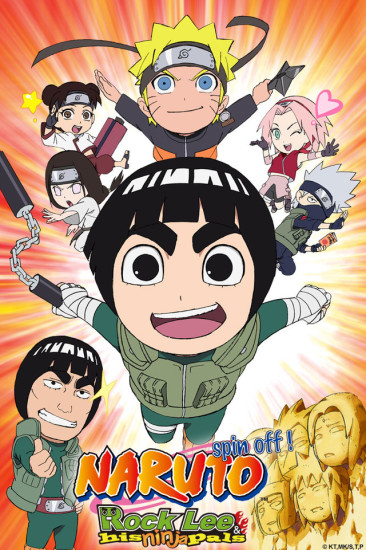 If you love the lighthearted moments in Naruto and Shippuden you'll enjoy this show. Personally I have always had a soft spot for Lee so I enjoy watching him and his squad's exploits. I really like getting a less serious look at Neji's character as well. I'm currently plowing through shippuden and watching episode after episode can kind of turn you off of an anime so it's good to break it up. I think it's great if you feel like you need a break but don't want to leave the Naruto universe (why would you ever want to?) It's super cute overall and made me giggle. It's a great mindless way to spend a few minutes while eating breakfast or cleaning.

If you really enjoy those chibi shorts that are at the end of some of the Naruto Shippuuden episodes then you'll really like this anime. The anime is two ten minute chibi episodes centered around Rock Lee and his two teammates Neji and Ten-Ten with the occasional appearance of Naruto, Sakura, and other familar faces (in chibi form, of course). Since I thought the chibi shorts were funny I started watching this anime expecting the same, and was not disappointed. Naruto SD: Rock Lee No Seishun Full-Power Ninden does not promise to be another Naruto, but rather a silly and fun comedic anime that is fun for kids, teens, and adults who, like me, are just an overgrown kid on the inside. Dont expect the animation to be anything spectacular because its not, but it suits the anime quite well. As for the story, it's really just a bunch of random episodes with no real theme other than Lee getting himself and his team into some rather amusing situations (I am particularly fond of when Lee somehow gets Neji to dress like a girl for his random skits). As for characters ... if you love Naruto then you'll see a great many of your favorite characters in chibi form (I particularly love seeing Yamoto in chibi form ... he's in the backround quite a bit and I enjoy looking for him, its kinda like where's waldo except it's where's Yamato instead lol). Anyway if you are a fan of the chibi shorts in Naruto, you'll enjoy this anime but if you are not a fan of them then this anime is clearly not for you. 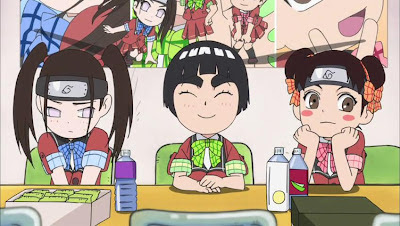 Thats one of the mos boring and stupid shows that i have watched. YES you heard me right I called it a SHOW cuz its defenetly not an Anime. No story, no fights(I understand that this is not the point of this SHOW but there has to be at least somehing going on), no normal animations, no good charecters(they are drawn/animated badly)

I cant see the funny part of it. It should be a comedy spin off but the so called FUNNY scenes are NOT FUNNY in any way. But ofcourse this is my opinion. I have watched a lot of comedy and normal animes where there arent any fights or good storyes, but this one just doesnt have anything good about it. 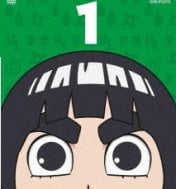 You are within my range! Divine Strikes 64 Palms!~Neji Hyuuga

My friend introduced me to this one, in an attempt to get me back into Naruto Shippuuden maybe? I don't know I have a bit of catching up to do, but guess what! I enjoy this more than the Shippuuden series, if you want me to desparately like the second the series well I'm sorry to announce this is good as it gets, ~~~~~~SPOILERS~~~~~~~~~~
(ekusas dna aradam sllik dna kcab semoc aguuuyH ijeN sselnu) revese the spelling if you are desparate for that spoiler if not read on!

this series represents the love I had for the for the series, it stuck with the main characters and if you paid good attention to the first review you'll learn who my favorite characters are
Neji Hyuuga ladies and gentleman is a MAIN CAHARACTER!! It's like they read my brainwave patterns and said "we don't want to lose Jor-Allairis' viewership! Let's make Neji Hyuuga a main character! Let's make a nonsensical comedy featuring only characters from the origianl series with cameos from Yamato and the like from the second series!

This is my series of Naruto, the series I like over Shippuuden yeah I will say that with pride because

They use the jutsu for pretty much nonsensical things like starting a fire and even Neji's 64 strike attack is the form of the punchline! Funny stuff right there

This is a kid's show I believe but I like it why? Because it has Neji as a main character!

I really don't know, it has my favorite characters from Naruto, ok uhm maybe it gets repetitive once in awhile, but I still like it

I am actually praising the series in my dislike section, proof that I do like a Naruto series that isn't the original!

This series is comical and humorous unlike the cluttered mess of Shipuuden, and the hijinx is quite good especially the latest episdoes which are starting to feature the Akatsuki a bit more

I just finished the series, and I'm quite sad it's over, I don't know if'd I ever feel that way about Shippuuden, because well I think I explained enough, but look I'll talk about the series itself "Rock Lee and His Ninja Pals" for once; instead of dodging what it is actually about and saying it's better than Shippuuden.

The series revolves around Rock and His Ninja Pals, the series takes place during the Shippuuden era of Naruto, but it stops right there, it doesn't really include the newer characters from Shippuuden which I hate, so that itself is a plus for me... well they show up in one episode and then are gone, so I'm ok with that, and I'm at least aware of who they are because I keep up with the main series once in awhile, but I back to this series, it does not take itself seriously, I like that, the show uses the powers the kids have and using them when they aren't particularly needed, and the only fights they tend to have and actually participate in are against Rock Lee and Ninja Pals frauds or against Orochimaru, OH MY GOD! FREAKING OROCHIMARU, his appearance in the final episode had me laughing and almost crying because of how he is used in this series, he has become a joke of his actual self which is recognised in the show itself, and that's another thing I love about this show, it is so self aware of itself, it sometimes compares itself to the main show and it always just gets brushed off.

If you ask me I will say of course that I will recommend this series over Shippuuden but you need to have a working knowledge of Shippuuden first before you sit down to watch this series, like have a friend who knows all about Naruto and ask him about specific characters that appear in this show, so you will know about their quircks because that is also the strength of this show, is showing the characters almost like they are in the main series but pushing something to a really fast paced funny extreme that doesn't make sense... so yeah I'd actually say to watch this with a friend instead if you don't know much about Naruto but wanna have a good laugh or you have a great knowledge about the series and feel betrayed by the series: Shippuuden like myself but still wanna enjoy the show in some form or fashion, then this series is for you!!!

"That's all history is; the best tales. The ones that last. Might as well be mine."~Varric Tethras from Dragon Age II

One of the most retarded shows I have ever seen and I loved it all. This show is literally about nothing if you can fathom that. The only thing it shows is the leaf ninja doing dumb stuff and making it funny. Even kabuto and orichamaru are in on the shenanigans formulating dumb plans to destroy the village which never work. Everyone is an exaggeration of themselves. Rock lee and guy are there usually optimistic selfs times 10, Shikamaru is still smart and manages to make complex plans that work, and neji looking like a girl is the crossdresser. You also get so see the characters that never really show up in the original anime like tenten. Tenten plays the straight man and she is the only character with a brain left in them and she really makes this show a show. Is it well written no, are their heart tearing moments not really, is it funny? Yes! and that is why you should watch it.