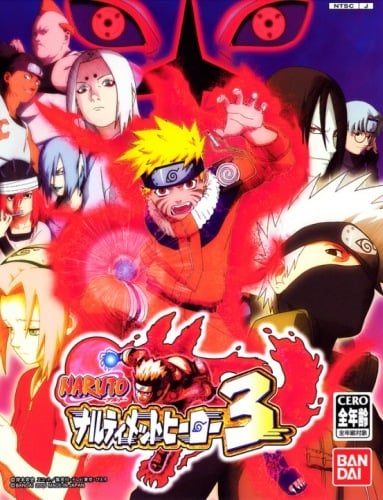 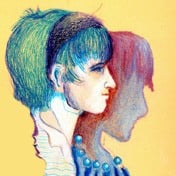 "Dragon Ball" and "Narutimate Hero" are alike because they are both about a never ending tournament of fights with good versus evil, and are filled with action. The characters learn much during the fights: tactics, techniques, and how to deal with anger or fear. Both anime are filled with action, a fighting spirit, and sometimes humour. :)

In the school of Daimon High, martial arts and starting fights are the biggest ways to boosting your grades, which is excellent news for Ryoko Mitsurugi, the school most popular kendo beauty. Her popularity and fame spark an idea for the heads of the schools, K-Fight! -- a system where the best fighters for each school challenge each other to one-one or all out battle royal. However, soon the K-Fights start to draw unwanted interest, some not even of this world.

Neither of these animes needs a reason for violence to break out, it simply does. Real Bout High School is a show built around fighting for status, while Narutimate Hero 3 is just an OVA featuring familiar faces battling for fun, and things are mostly carefree as a result. After all, when you're facing a classmate or a shinobi from your village, there's no real need to risk everything in order to win!

While out on a routine mission to capture a rogue ninja named Mukade in the ruined city of Rouran, Naruto gets caught up in a massive explosion of chakra that transports him to the past. When he wakes, the young ninja finds himself in an unfamiliar metropolis and begins to explore. Following a chance encounter with the city’s queen, Naruto not only learns that he is in Rouran, but also encounters a cell of Konoha ninja, led by none other than the future Fourth Hokage! In order to return to his correct time, Naruto must defeat Mukade, who has also travelled back in time, but before that he must protect the queen and help her discover the truth about the city...