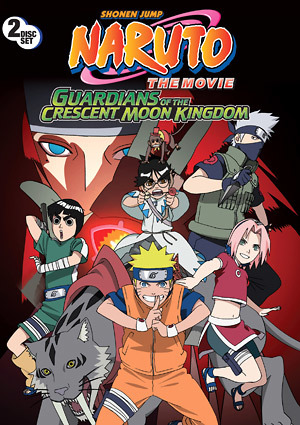 Isn't my favorite movie, but isn't worst movie is Naruto. Story plot is Good and the team members is always fan favorite. Story Arco was leaf's ninja team members protect Prince and they's kid was go to they home island. Kid character role was wonderful and he always keep our promise. BUT Leaf's ninja's character is not equal only focus to Naruto. I watch this movie for only Rock lee but the only person character is too shot

This is the third Naruto movie, made well after the fillers had kicked in the main series. By now the franchise had turned to a farce and only diehard fans kept up with it, just because they didn’t want to admit their favorite show had gone under. This movie was made just for kicks and you see right away how the producers didn’t even try to make it a little bit interesting just for the sake of novelty. The first was memorable for the movie gimmick, the second for the weird blend of cultures, but this one is a complete joke. And it’s not even a funny one. You no longer feel like it is the tale of a boy trying to live by and be accepted in a rough world, but a bunch of clowns goofing around in a poor attempt to keep us interested.

Although the atmosphere and plot are equal to a tv filler episode (rock bottom), the production values remain of higher caliber and the battles are far more dynamic. Which at this point it is basically the only thing a Narutard could say to defend this ridiculous franchise.

The basic plot is about our heroes escorting an obnoxious king and his nihilistic boy prince back home. This prince Hikaru is your average bored-to-death modern kid, pampered, without hobbies, wears glasses and plays videogames all day. I guess the emo kids with a bleak past were no longer selling so they tried to appeal to the average person who would watch this. So anyways, later on a circus comes into the action. Do you believe we moved from a world in the brink of war and mechanized ships destroying villages to a four-eyes going to see some clowns? And seriously, although the first movie was also about escorting royalty, Jaru is a completely nerdy and lame character. Hell, at least Temujin from the second movie could fight. This jackass can’t even walk!

Of course it couldn’t remain so boring; we are supposed to have some excuse for battles here, remember? So later on there are marriage problems with the king’s ex-wife, and his kingdom is usurped by his viceroy, and there are these mercenaries who are hired to kill them all. Of course their coup doesn’t work so well because Naruto goes Super Saiyan just because the writer doesn’t want to let him die. And why the devil is the villain so stupid? He captures and imprisons the king when all he wanted was to kill him? And seriously, did the most powerful ninjas really need the help of a circus troupe to infiltrate a simple mansion? This makes no sense… But as I said, this was made just for kicks and has absolutely no consistency to the power levels or the motivations of the characters. The heroes appear to be rookies when in the main series they are elites, and the opposing ninjas don’t even have a symbol on their head guards. And apparently a circus tiger is more powerful than all of them put together.

Once again, only Naruto is important to the plot. The villains are again shallow as hell and the good guys are there just because the movie is supposed to be mostly action and needed more people to fill in the fights. This time they have Lee as a cameo and since he is a comic relief, he does his usual running around very fast gimmick. And for no apparent reason he wears those metallic rods to slow him down most of the story. He only removes them after he is owned and it would look cool to do a comeback.

Not even the action is that good in comparison to the second movie. It feels far more cartoony, silly, and predictable. And the budget is also quite run down too. They are drawn in a blobby way, with very little or no lightning and shading on them. The visual effects are also bad, with rather crude 3D effects and poorly drawn explosions. It even ends the usual way (Rasengan on the villain’s face and Naruto giving his motivational monologue to the emo kid that makes everything feel right). Anyhow, this is complete disaster of a movie and one of the worst additions to the franchise. Not even worth watching for the sake of completing your movie collection.

This isn't my favorite Naruto movie, but it wasn't the worst thing I've seen, either. If it wasn't for how much I liked the ending, I would have given this movie a lower rating. The biggest problem with it, for me, was that it felt a little slow, and Hikaru's character arc (as well as his father, to some degree), felt a little predictable. Though, even with the predictability, I loved watching them during the finale, and seeing who they had become.

I did the redesign of the main cast, as they all got new attire for summer weather. I especially loved Sakura's look. I don't like that she had her belly showing, but something about the way that they animated her in this, as well as the change of clothes, just made her look very pretty.

So, the pacing of this movie could have been a lot better, and some of the character arcs could have been more interesting, but I also love seeing how Naruto can change people's lives, and some the animation in this was just gorgeous, when it came to character designs.