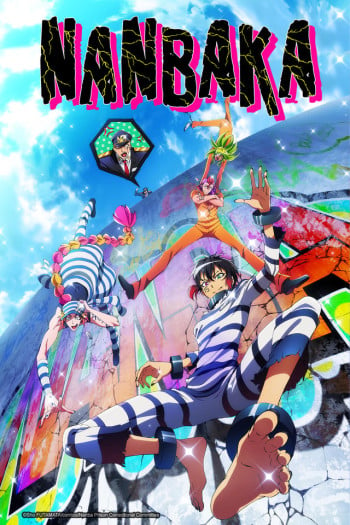 Nanbaka Episode 11 - We Got Our Rewards

Building 13 Cell 13 has won the New Year’s Tournament. Rock receives a stone oven and Nico receives the latest video game everyone can play with. Rock and Nico invites inmates from other cells to show their prizes. The two are very satisfied and they both thank Jyugo for that.

It has been 11 years since the defeat of the Joestar's arch nemesis, Dio. In 1999, Jotaro Kujo went to Morioh in S City in M Prefecture, Japan, to find his grandfather, Joseph Joestar's secret child, Josuke Higashikata. However, Josuke had the same ability as Jotaro, the Stand. And as though Jotaro was summoning them, a new group of Stand Users start to make...

WOOWZERS! Looking for something not only out of the box but so far away the box is basically invisible? then these are for you.

The animators love their colors and their effects and they have no shame about going cray-cray with them.

Characters in both possess abilities that go beyond scientific explanation and are themselves somewhat beyond explanation.

Also the stories start with an M.C. living their life until something places them in a situation they don’t want to be in but they face the challenge(s) head-on. Even if they aren’t happy about it.

There’s also a “parent” in both who doesn’t deserve the title.

Staz isn’t what you’d call a traditional vampire. He’s fascinated by human culture - especially anime, manga and video games - and unlike his brethren, he has no interest in sucking people dry. As a prominent street boss in the demon world, Staz has never desired to go to to the human world. But when a human girl accidentally wanders into...

over the top character comedy? check

A mysteriously powerful MC that just doesnt care most of the time? check

If you liked one of these animes you'll like the other