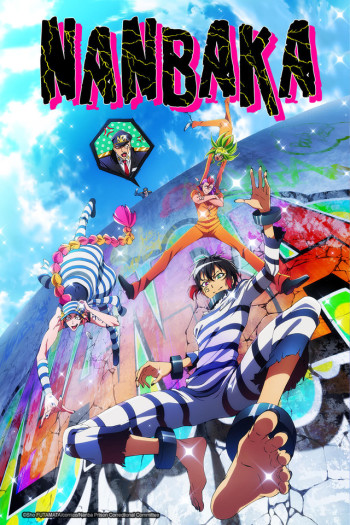 A show in which its title loosely translates to "Not Stupid," and wears that badge of irony with pride. Nanbaka is a comedy that relies mainly on the absurdity of its nature: from the flashy designs and use of every color known to man, to 4th wall-breaking jokes clearly tutored under the School of Deadpool. What matters above all this is whether or not the mixture of these elements and others fuse together to make a good blend of a show.Story: The basic setting and premise of the show sounds like a recipe to limit just how much the show can offer in variety. Unfortunately, for the most part, this is the case. The show's need to bring in a counterpart of heavy drama to offset the comedy puts too much of an imbalance to the overall tone. Neither trait meshes with the other most of the time. One example is a backstory mid-season revealed to a minor character, taken much more seriously than what may come off. It could play off as a more satirical play on a classic trope, but it chooses to play much more on drama. Since the rest of Nanbaka plays as if it shouldn't be taken seriously, the show would benefit from adding wit to weight. Animation: Much of, if not the entire show, is riddled with sparkles and multi-rainbow colorations to maximum degrees. The animation itself, however, feels more stagnant and cheap. Coming from someone who's read a a good chunk of the manga on which its based off, Nanbaka's anime counterpart is less of an animated adaptation and more like a motion comic. Not much is brought visually to the show that the original source couldn't already bring to the table. Some moments of stark, comedic timing do come through well, but they are few and far inbetween. Sounds: In all honesty, I originally dropped the series. My reason for picking the series back up was the dub version, which is better than the original/sub in my book. The English cast offers both fresh faces (Daman Mills, Jarrod Greene, Alejandro Saab) as well as classic-era VAs (Ian Sinclair, Vic Mignogna, J Michael Tatum, and ADR Director Aaron Dismuke), and all of them fit their roles perfectly. Even the comedy comes out stronger in the dub, emphasizing a more light-hearted feel. Nothing much else stands in terms of sound quality save for a couple music tracks and slapstick/gag moments. Characters: What really makes the show worth it in the end to stay is the [literally] colorful cast of characters. Each one is a joy to watch, with personalities ranging from reserved to brimming with energy. The aforementioned voice talent help to shine light on every character, major or minor. The choice of making a specific character the "main one" remains questionable, until a key episode that not only handles some drama well, but actually brings weight to the earlier comedic scenes from most of the show. Final Thoughts:Nanbaka is a show that I don't feel entirely works, at least from a more balanced perspective (even the ending leaves too much questioned and left to be desired). But key traits, a short season-span, and a giant need to make its audience laugh every other minute do help to bring it to a guilty pleasure standard, if not moreso. If you are more forgiving of anime like myself, you may find worthwhile enjoyment in this prison.

Nanbaka , a gag comedy anime which takes place in a prison called 'Nanba' which is most famous for its high tech security and no one has ever escaped from that prison. The story includes four characters who are inmates i.e who live together in the prison sharing the same cell. These four people has escaped from all the prisons around the world and thus they are put in this prison. They all have special skills like gambling , problem solving which they use and try to escape from the prison, even thought the prison is situated in the middle of the ocean and the prison's location is unknown. This anime was mainly intended for gags but has its very own moments too. And the most important thing i liked about this anime is that how they used phrases from other anime like the famous 'kamehameha' (if i spelled correctly) and more! And of course they would censor them.  Lets talk about the animation and sounds. Anime made by Satelight studios who also made the 'Fairy Tail' the animation was very good especially the backgrounds and special effects like how the character always shine with stars around them. The sound was good but not that great.And about the characters , wow they totally have a huge load of creativity . Characters with colorful hair and eyes , tall , short , buff , thin and more. But some characters like Nico and Seitarou , for me it really took some time to realise that if they were men or women...haha. And in this anime many male characters have really long hair and wear lipsticks and such , so don't get confused like me and think that they are women...lol.Overall , this is a really good anime considering its gags and whole bunch of references to other anime. If you want some laughter and wanna see the most amazing characters which you probably haven't seen in any other anime , you have to watch this! 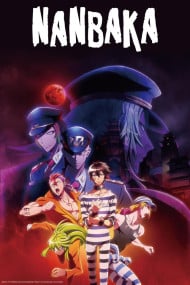 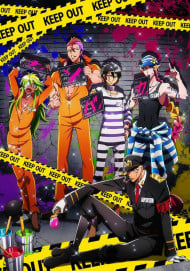 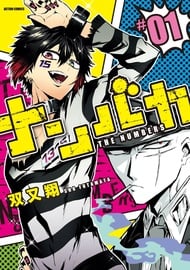