Nanatsu no Umi no Tico - Recommendations 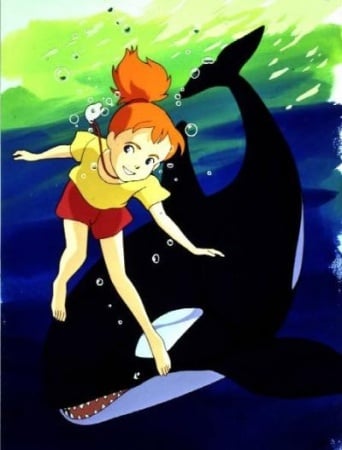 If you're looking for manga similar to Nanatsu no Umi no Tico, you might like these titles.

Tropic of the Sea

Yosuke Yashiro's ancestors have been Shinto priests at the local shrine for generations, and the high school boy is poised to take over the family tradition. Their shrine is different from most - it houses the mysterious "mermaid's egg", which is said to ensure the town's safety and the sea's prosperity. However, mere stability isn't enough for some people, and one day Yosuke's father shows the egg to reporters in order to increase tourism for the small town. Soon, crowds of tourists start to accumulate, and huge buildings spring up along the shoreline. But there's not much room for the old beliefs amidst this rapidly urbanizing and tourist-obsessed town, and as the surrounding sea becomes increasingly volatile, it is apparent that certain local legends are real, and do not approve of recent developments.

Azuri, a mermaid princess, is betrothed to Prince Unagi. Their marriage is arranged to bring peace to their two kingdoms, but when Azuri falls in love with Thale, a royal guard, she doesn't know if she should save the world or follow her heart.

The year is 2024. With the world's population continuously rising, man has looked to the sea for increased food supply and energy resources. Nirai Island - also known as Standard Blue - is the largest artificial island in the world. Near its waters the Ushio Sea Service operates, finding anything from lost pets to salvage quickly and accurately - for a price. Its crew is led by the elderly Taizou and a band of seafaring misfits, plus one new addition: Shiki, Taizou's granddaughter. She has run away from home to help cope with a personal tragedy four years ago, and slowly but surely gets in touch with the sea. Alongside the crew of the Ushio Sea Service, Shiki helps rescue dolphins and save stranded people in distress, but she soon will face her most difficult and dangerous challenge yet...