Namie Amuro: B Who I Want 2 B - Recommendations 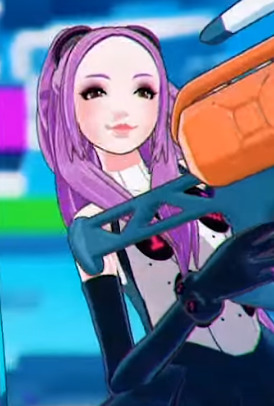 If you're looking for manga similar to Namie Amuro: B Who I Want 2 B, you might like these titles.

Taisho Year 100. After the old capital, Tokyo's destruction in the Great Taisho Disaster, the seasons pass and a new capital, Ohkyo makes a miraculous recovery centered around the holy cherry tree known as "Senbonzakura". However, following the Disaster, dark and evil paranormal events grow more common and the Kami-Tsuki Special Sakura Platoon take a stand to protect peace in the capital! Meanwhile, on a spring day, Miku has come to view cherry blossoms with her family. When searching for her older sister, she gets lost herself and comes across a gigantic cherry tree! Suddenly Miku finds herself wearing military clothes and under attack by a transgender ninja! And then she's rescued by the twins Rin and Len, who call themselves members of the Kami-Tsuki Special Sakura Platoon...?!

The story starts on April 21st, with him narrating the story. He was prisoner number 420; and briefly talked about the existence of "happy ends," negatively thinking about the world. Number 420 was then led to his cell by Kaimural (Kaito) where he found a blanket and walls of ceramic. Two new (non-vocaloid) characters were introduced, Rythm Garcha and Shazna Ivory; who tried to hurt number 420 to the point where he's shown to cry.