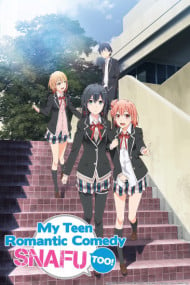 In my opinion is this season much better as the first season. The first season is just your average romcom with the exception the main guy is very cynical. It lacked in romance and the humour was lacking, it gave me a few smiles but no laughs. In the second season the comedy has almost disappeared and has been replaced by drama. But this gave the story a lot more dept. For a second I was afraid this would end as a harem with new girls going for Hikky but it turned out much better as expected.  It was the story and the characters which were special in this season. As previously said this show started as a typical romcom but the second season focussed mainly on the struggling relationship between the three social misfit persona's. As you know the three had social problems and were put together in the school club in order to become friends so they would be open for other social contacts. However the three remained in their usual routine, especially Hikky who's self destruction created a clash between himself and Yui/Yukino. He remained closed and on his own unwilling to open up. Hikky received most screentime and was the center of this all and carried this entire season on his own, but Yui is great as the love-able optomist trying to keep the group together. And while Yukino got shoved to the side by Yui she made a great comeback towards the end. Not everyone might be pleased about the ending, but this way it fit more into the rest of the story as Hikky as trust issues. This way it wont be a typical romcom as well. This second season also gave the secondary characters, Hayato and Haruno more attention. We still don't know much about these two their motivations but I believe there is much more ongoing as so far has been told. How this story will continue and what the motivations for Hayato and Haruno are must wait till the third season will be made. As for the animation, it was above average and the music was good... good but nothing special drew my attention from the music or animation. At  least both remained at the same level of the first season. So if you watched the first season and wasn't impressed I would recommend you continue anyways with this second season. Even though the atmosphere was heavy and dramatic.

Characters with distinct and plausible personalities? A coherent plot? Limited melodrama and no gratuitous fan-service? Excuse me, I thought this was an anime drama set in high school. Studio Feel delivers a surprisingly strong performance considering the garbage that tends to get shoveled out under the "High School Drama" label- and my own lingering skepticism from what I thought was a mediocre first season.STORY The actual progression of events is pretty basic, as it follows our cast through a typical Japanese school year. In this character driven story the plot serves its purpose by creating situations for them to react to. Alas, the ending is not conclusive. Not an unbearable cliffhanger, but the story could clearly go farther. Oh well, maybe this show will get a third season (although I'm skeptical)ANIMATION The fluidity and shot composition is about as standard as it gets, but I love the excellent use of lighting and color. Character designs were strong as well, particularly for the two female leads, making them obviously cute and attractive without resorting to any blatant sexualization or appealing to fetishes (they even have breasts of normal size that don't bounce like jell-o. What is anime coming to?) SOUND I wish I had more to say here. The OP and ED are nice, with a light and sweet sound that fits the mood well, but not something that will stick with me long term. I'm not competent enough with the Japanese language to make definitive statements on how well the voice actors did, but all the voices seemed to fit. CHARACTERS The driving force of this show. The three mains form a very strong trio, one of the best teams 3-person teams I've ever seen. Hachiman, Yui, and Yukino play off each other beautifully. I personally enjoy Hachiman's snarky, no-nonsense dissections of social situations, but Yui took top honors by clearly establishing herself as the group's emotional center and being a likeable airhead (not always easy). Unfortunately, this top-notch main cast is dragged down by some much weaker secondary characters. Thankfully, the most annoying ones aren't around as much as they were in the first season- where I thought they had entirely too much screen time and dragged that show down like cement shoes. The story is character-driven, set into motion by Hachiman beginning to question his effective but self-destructive methods of solving problems (what's this, referencing things established in the first season to create a coherent, continuous narrative? Holy cow, this could revolutionize writing!) and branches out from there as other dominoes begin to fall.OVERALL Not a masterpiece, but a very strong showing. I tried this show more out of boredom than anything and was pleasantly surprised. Maybe it's simply a beneficiary of low expectations (I came in 'Toradora' and 'The Pet Girl of Sakura Hall' hoping for big things and came away disappointed, while the first season of SNAFU set my bar lower), but SNAFU TOO! impressed me with a well-written main cast and lovely visuals. Hoping for more, even if I'm not holding my breath given how the anime industry tends to operate. Go check it out on Hulu, as I give this show a strong "Worth A Watch". 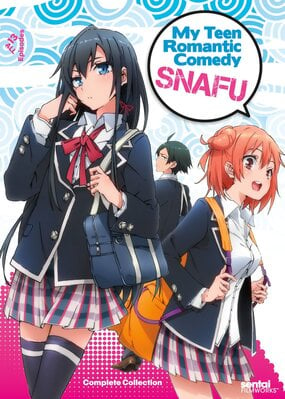 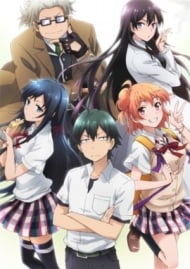 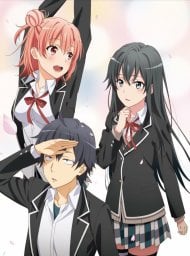 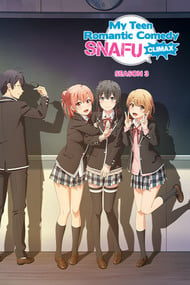 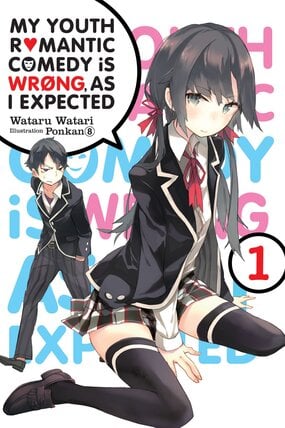 My Youth Romantic Comedy Is Wrong, As I Expected (Light Novel) 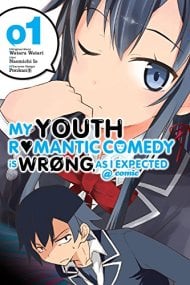 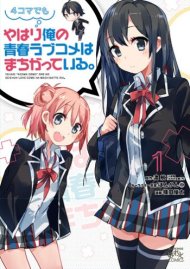 My 4-koma Youth Romantic Comedy Is Wrong, As I Expected 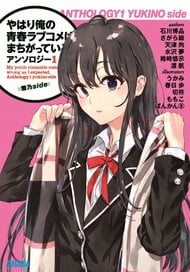 My Youth Romantic Comedy Is Wrong, As I Expected Anthology (Light Novel) 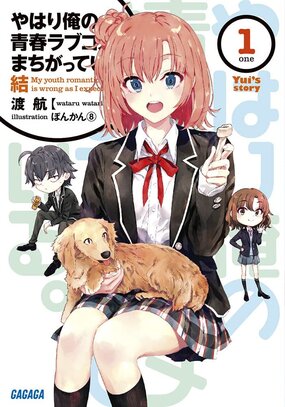 My Youth Romantic Comedy Is Wrong, As I Expected: Yui (Light Novel)